The return of the strongmen

The return of the strongmen 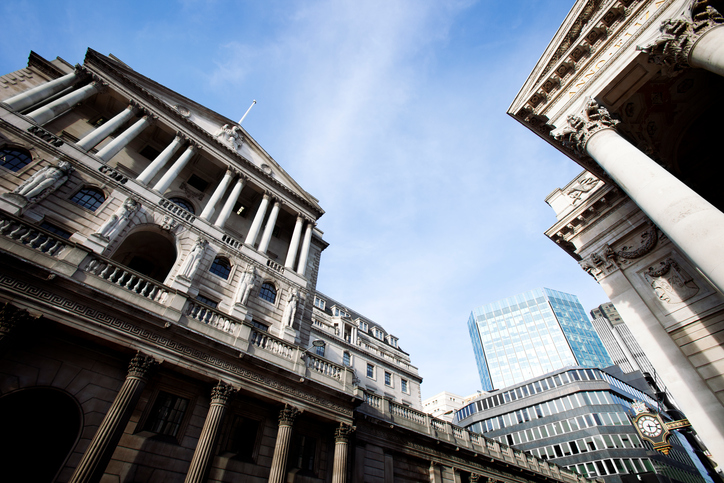 The fixers are back. They promise us stability, wealth and safety. Will you buy in?

Times have changed, though. Strongmen now come in the form of Janet Yellen, chairperson of the Federal Reserve. And they literally want you to buy into their schemes.

Time magazine called her “The Sixteen Trillion Dollar Woman” on its front cover. But she needn’t be. She could add a few trillion if she felt like it.

With central bankers now licensed to meddle in any asset market they see fit, including buying up a decent chunk of their local stockmarkets, people like Yellen’s opinions matter more than anything to investors.

The good news is, she didn’t mince words in London recently:

“Asset valuations are somewhat rich if you use some traditional metrics like price earnings ratios, but I wouldn’t try to comment on appropriate valuations, and those ratios ought to depend on long-term interest rates.”

Not so long ago I would’ve been surprised to hear a central banker waffling on about price/earnings ratios. What on earth is someone charged with controlling inflation doing looking at P/E ratios like some sort of stock punter?

My god, just look at me. I feel like one of those savants who microanalyses central bankers’ postures to try and predict the next policy move. It’s pathetic.

But we must stoop to the level of our overlords to understand what’s going on. Yellen said that P/E ratios ought to depend on long-term interest rates. She sets rates, so she controls P/Es, so she controls stock prices. She’ll decide what’s overvalued and what’s not, thank you very much!

Let’s delve a little deeper into how this works. Every investment isn’t valued independently. Like life, investing is a question of alternatives. Yellen is arguing that, at low long-term interest rates, the alternative to investing in shares is disappointing. Remember, we have negative real rates around the world, so investing in safe interest-bearing securities is investing to lose money. So you should buy shares instead. This buying justifies the higher share prices (which give you high P/E ratios).

Yellen wasn’t finished with stock prices. She also commented on something a little closer to her actual mandate – financial crises. When will the next one be?

“Will I say there will never, ever be another financial crisis? No, probably that would be going too far. But I do think we’re much safer and I hope that it will not be in our lifetimes and I don’t believe it will.”

Phew, we are safer thanks to who’s in charge now.

As the financier of bailouts, having a central banker tell you there won’t be another financial crisis might literally mean it simply can’t happen. She won’t allow it. She’ll rescue anyone in danger. There won’t be another Bear Stearns, let alone Lehman Brothers. Stability comes first.

Thus we have the central bankers’ recipe for stability, wealth and safety. Bailouts at the ready, banks holding steady and stocks for the win.

But central banks aren’t new. How are central bankers pulling it off? Why do Yellen, Mario Draghi at the European Central Bank, Haruhiko Kuroda at the Bank of Japan and our own Mark Carney have powers none of their forebears did?

Because their accountability has gone missing.

What happened to inflation?

Inflation is supposed to be what held central bankers to account. They couldn’t finance governments’ deficits, rescue too many banks or lower interest rates too much because inflation would break out.

So what happened to inflation? How can central bankers flood the world’s markets with money without causing inflation?

There are three theories… that I can think of anyway. The first is that, to get inflation, you need the banking system to be firing. It isn’t. The world’s credit impulse is telling you that debt growth is in fact slowing.

Savvy analysts have been kicking and screaming that, while the Fed is giving to the banks with one hand, it is also taking with the other. The banks have been parking the money created by the Fed back with the Fed because it’s offering decent interest on funds kept there. This is counterproductive. If the Fed would just lower the interest rate it offers on reserves, this would incentivise banks to lend in order to get a return. We’d see a new debt boom and the economy would get going.

It makes sense. But people can’t agree on the basics of how banks actually function and what their relationship with the central bank really is. So I’ve left this debate for dead.

In Britain we have arguments to the same effect. Bank lending is restricted by something. Brexit is creating lending uncertainty and the overindebted Brit simply can’t borrow much more. The point is that banks aren’t generating the debt they used to.

The second argument is more simple. Central bankers are using the wealth effect instead of interest rates and the money supply to goose the economy into confidence. The wealth effect is the idea that rich people spend more, which grows the economy. And you can make people feel rich by increasing house prices and stock prices.

Last time they flooded the housing market. They goosed rates to allow huge mortgages. It created an enormous economic boom. This time around it’s stocks that will do the work.

Does that mean there will be a crash in the stockmarket, just as there was in property?

No, not necessarily. Because this time central bankers are using traditional strongman tactics and getting the job done personally. They’re buying stocks themselves, not just funding those who buy houses.

Let me put it plainly. If central bankers have an infinite budget, aren’t afraid of inflation, are allowed to buy shares, and they have a level at which they’d like to keep the stockmarket, then, as Yellen said it herself, “I hope that [a financial crisis] will not be in our lifetimes and I don’t believe it will.”

The third argument is that the demographics of our time, which have only ever happened in Japan, are a powerful deflationary countertrend to central bank inflation. It’s like two tidal waves smashing into each other. More on that another day.

You live in a world where stockmarkets can only go up, a financial crisis can’t happen and inflation doesn’t seem fazed by trillions of dollars in money supply. It’s no wonder the FTSE is going to boom.

It might be time to reassess Donald Trump. His dominance is getting dangerous. And over time he is gathering the right sort of minions to work the way he wants.

Even Goldman Sachs’ CEO Lloyd Blankfein is worried there are too many Goldman Sachs alumni in Trump’s team. He’s worried how it will reflect on the company. It’s already labelled a “vampire squid” for its many tentacles.

Meanwhile, Trump’s assistant press secretary tore the media up rather well. She spoke about the retracted CNN story on Trump’s connection to Russia, which forced three CNN reporters to resign, including a well-renowned one. She also commented on a sting video which came out. A CNN producer told a hidden camera some rather disappointing things about how the news organisation functions. In short, they make up stories critical of Trump because it makes people watch the channel. News now reports whatever will make you watch it, real or not.

Trump and his team are doing so well at gaming the media that one journalist at the White House press briefing lost his nerve:

“We’re here to ask you questions and you’re here to provide the answers. And what you just did is inflammatory to people all over the country who look at it and say ‘see, once again, the president is right and everyone else out here is fake media.’”

Read that second sentence again. The media is admitting that its own shemozzles are vindicating Trump. And it’s so obvious that the reporter is comfortable saying it out loud: “See, once again, the president is right and everyone else out here is fake media.” CNN is only the latest example.

What I think is going on here is misdirection. Trump is triggering media furore in areas he knows he will get the upper hand eventually. These are distractions that allow him to control the media focus.

Which begs the question what his actual policies are. You don’t read much about those in the media.