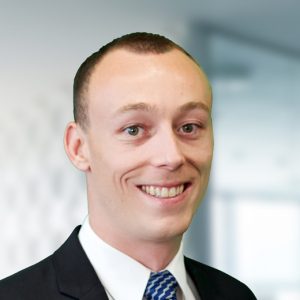 Nickolai Hubble is chief strategist of The Fleet Street Letter Monthly Alert, editor of Gold Stock Fortunes, and editor of Fortune & Freedom, which are published by Southbank Investment Research. He’s also the editor of Jim Rickards Strategic Investment in Australia and a contributing editor of The Daily Reckoning Australia.

After finishing his degrees in finance and law at Bond University in Australia in 2009, working for an investment bank didn’t seem so enticing any more. An internship with his scholarship provider Goldman Sachs during the height of the financial crisis was quite enough of that.

Instead, Nickolai went to work for independent publishers that allow their analysts to predict the financial crises that investment bankers cause.

In 2012 Nickolai exposed the sub-prime practices of Australian banks to his readers at The Money for Life Letter. His accusations that bankers and mortgage brokers routinely manipulate their customers’ loan applications were vindicated by a Royal Commission in 2018.

In 2018 Nickolai predicted Italy’s budget battles would lead to “Bloody October” and successfully warned his subscribers about the worst period in financial markets since 2008. In August he compiled his predictions into a book called How the Euro Dies.

Nickolai is the only person to have spun a plate on a stick while playing the bagpipes while swinging on a flying trapeze bar eight metres up in the air.