Predicting the next crisis

Predicting the next crisis 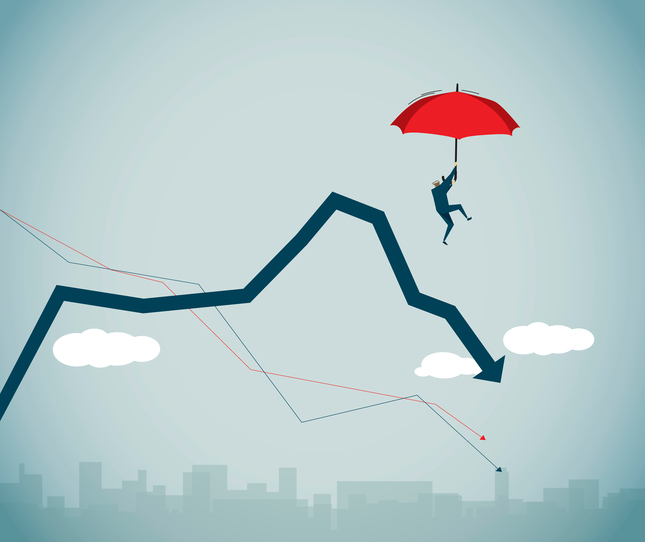 Predicting the next crisis is easy. It’ll happen when the central bankers want it to happen.

This isn’t some sort of conspiratorial claim. It’s straightforward economics.

Investment bank Goldman Sachs took a look at the trigger for recessions in the US. It reached four conclusions. The first is the humdinger:

First, the most frequent contributors to modern recessions have been monetary policy tightening and oil price shocks, with the former in response to inflation that often gained momentum from the latter.

In other words, financial crises happen when the central bank loses its game of chicken with inflation. The narrative is simple.

A sudden surge in inflation, frequently brought on by an oil price shock, forces the central bank to increase interest rates. It usually does so too slowly, at first. Then too fast. Eventually, interest rates overshoot and trigger some sort of “financial event” like the bursting of the tech and subprime bubble. There’s always some sort of crisis event at the peak.

The next recession is likely to be the same

So you just have to watch inflation and US monetary policy to get a warning on the next American recession.

It’s important to note that inflation can mean many things. For example, an oil price shock isn’t really inflation. It’s just an increase in prices across the economy because oil is involved in getting just about every product into your hands in some way or another. If the oil price goes up, the price of just about everything else does too.

What’s the difference between inflation and rising prices? Well, prices can rise as part of the economy’s attempt to reach equilibrium. If there’s a bumper orange harvest, prices fall. If there’s a shortage, they rise. This sets off a series of incentives to plant more or less oranges next year, thereby fixing the problem.

If you diagnose these types of price changes as inflation and deflation, and start fiddling with interest rates, you’re hampering the orange market from self-correcting.

Just because oil is used in almost all goods and services in some way, if only your commute to work, that doesn’t make oil shocks inflationary events. Oil price shocks are the free market system of supply and demand at work. They send signals to US shale producers and deep-sea drillers to get to work.

If central bankers see oil price shocks as inflation and start to raise interest rates, it’s obvious how this is going to cause a mess. It burdens an economy already dealing with high oil prices with high interest rates as well.

This explains why oil price shocks so frequently end it recession. They’re a prime example of the demand a supply system being mistaken for inflation by central bankers.

The central bankers can’t tell the difference between true inflation and the workings of supply and demand because both have the same symptoms – a change in prices. And that’s all the central bankers look at. They’re misdiagnosing the problem by only looking at one indicator.

That’s not a surprise. Considering doctors did more harm than good for thousands of years, economists probably have some way to go before they do anything helpful. If only we could turn to religion to fix our economy. Exorcising a recession would work better than monetary policy. Because it wouldn’t interfere with the supply and demand system.

At this point it’s important to bring up the 18th century cure for drowning. It also involves inflation, of a kind.

Tobacco smoke enemas were thought to cure drowning back in the day. They were made possible by repurposing those bellows used to get a fire going. The devices were made available at regular spacings along the Thames at one point.

You can just imagine the likes of Janet Yellen, Ben Bernanke, Mark Carney and Mario Draghi puffing away at a tobacco pipe fastened to the valve of a bellows, the other end inserted up a waterlogged body’s bum.

This is essentially 21st century monetary policy. A lack of air in a body must be solved by adding air. And you can imagine, when they try too hard, they cause a recession.

But before that can happen, we need to be drowning in inflation.

Snafu all round the world

The snafu status of the world was all over the news this morning. It means situation normal – all f….. up.

In Europe, there were bank bailouts. In Japan, the free market was drowned out completely by the central bank. Here in Britain, Brexit negotiations were totally bizarre because both parties need to stake out extreme positions in order to reach a reasonable compromise in the end. And in Canada, the government is concerned about a marijuana shortage…

You’re going to read to the end now, aren’t you?

Italy bailed out two of its banks at the weekend. The deal sells the healthy parts of the failed institutions to Italy’s second largest bank for €1, as well as providing more than €5 billion in support for that bank to cover the balance sheet damage of the new assets. The government covers the soured loan portfolio for €12 billion.

If “good” assets are worth €1 and you need more than €5 billion in support to entice you enough to take them on, then how “good” are they really? And where does that leave the “sour” portion?

More importantly, what happened to the EU bank rescue mechanism which Spain used just a few weeks ago to clear up two of its own banks? Well, Italy decided that EU rules needn’t apply.

The EU sanctioned the deal anyway, as it’s similar… sort of

The key difference between the EU designed rescue deal in Spain and the local one in Italy is that the Italians will pay out to junior bond holders. All the bond holders get their money back. That didn’t happen in Germany, let alone Spain…

In Germany, a savings and loans bank suspended payments on its bonds too. The special kind of bonds was specifically designed to allow the bank to do this during rough times. It’s a bit like a preferred share. But investors were still surprised by the move. The bank’s normal bonds tumbled in value.

Why are Europe’s banks failing now? It’s been almost a decade since the global financial crisis. Which banks are next? And how many will fail in the end? It looks like questions over Europe’s banks are yet to be answered.

Over in Japan, the central banks’ dominance in financial markets has had a perfectly predictable but odd result. There have been days without anybody trading what used to be one of the most liquid markets in the world.

Specifically, newly issued ten-year Japanese government bonds are simply so dominated by Japanese monetary policy buying and selling that nobody else bothers anymore. And the three month Tibor – the rate at which Tokyo banks borrow and loan money for three months – saw no trades on Tuesday.

This hasn’t happened before

Japan’s slide into the world of Atlas Shrugged, where government shenanigans stifle all normal economic activity, is fascinating. It also begs the question, what happens if the government leaves the markets it now dominates?

But the best snafu story is on the Canadian marijuana shortage. The finance minister of Ontario is reportedly having meetings on how to tackle the lack of legal weed in Canada. It could put the legalisation of pot in doubt.

The policymakers claim that, because their aim is to stamp out the black market and the crime that goes with it, the price of pot must be below the illegal price. This is hilarious, because it simply won’t happen. Ever. Licences, taxes and all sorts of other government fees will keep the price of legal pot higher than the black market.

Of course, a huge spike in price due to a shortage is just what the system needs if Canada wants copious amounts of ganja to be produced legally. Black marketeers will be rehabilitated by money.

The real reason there’s a shortage is because weed was made illegal in the first place. And there’s still no certainty over it being legalised, so why would growers start growing?

It’s so painfully obvious that they have to legalise it before supply comes online that it defies belief anyone could be so stupid as to say “We don’t have enough for it to be legalised.”

What a strange world we live in…

The good news is that it’s easy to profit from the bizarre nonsense of the government’s policies. Already stock exchange listed marijuana companies in the US are going to make huge amounts of money with their up-and-running production as the weed industry is legalised in other places. You can find out which green stocks to buy here.