Italy at war with the European Central Bank

Italy at war with the European Central Bank 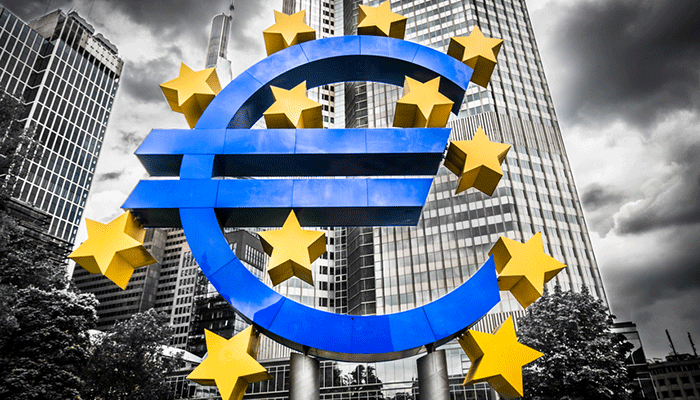 As if the EU didn’t have enough to worry about with Brexit, the European Central Bank (ECB) finds itself in a political dogfight with the Italian government. At issue is whether Italy can skirt ECB rules on bail-ins in order to spare creditors of its troubled banks. Unlike in other countries, many of the bank creditors are retail savers not investors. A bail-in would hurt the elderly the most, it’s feared.

It wasn’t supposed to work that way (or was it?). The EU bail-in legislation that went into effect on January 1st of this year was designed to prevent taxpayers from having to bail-out failed banks. The bail-in of a bank means it has to be recapitalised by creditors, shareholders, and savers. All of which makes sense.

Except it’s politically lethal to tell depositors in a bank they will now have to bail out the bank with their own savings. Thus Italy finds itself at loggerheads with the ECB. The Economist reports on why the Italian banking story might zoom right past Brexit as the real existential crisis to the EU:

Italy is Europe’s fourth-biggest economy and one of its weakest. Public debt stands at 135% of GDP; the adult employment rate is lower than in any EU country bar Greece. The economy has been moribund for years, suffocated by over-regulation and feeble productivity.

Amid stagnation and deflation, Italy’s banks are in deep trouble, burdened by some €360 billion ($400 billion) of souring loans, the equivalent of a fifth of the country’s GDP. Collectively they have provisioned for only 45% of that amount. At best, Italy’s weak banks will throttle the country’s growth; at worst, some will go bust.

Not surprisingly, investors have fled. Shares in Italy’s biggest banks have fallen by as much as half since April, a sell-off that has intensified since the Brexit vote. The biggest immediate worry is the solvency of Monte dei Paschi di Siena, the world’s oldest bank. Several attempts to clean it up have failed: it is now worth just a tenth of its book value, and could well come up short in a stress test by the European Central Bank later this month

What’s the risk for the ECB and the EU? Stick to the letter of the law and stick it to the Italians and it may cost you your precious common currency (the euro). The Italians, like the Greeks before them, might begin to see the benefits of EU and euro membership far outweighed by the costs. A political uprising to defy the EU and inject the banks with tax payer cash could force a crisis for the EU.

The EU is diminished any time its rules are flouted. And that seems to be happening all the time now, with deficit-to-GDP ratios mandated in the Growth and Stability Pact becoming mere suggestions and not actual limits. In this sense, the EU threatens to become like a France: a highly regulated place where everyone ignores the laws when it’s convenient to do so.

For UK investors looking on, keep in mind that what ails Continental banks may not also ail UK banks (although those banks clearly have concerns of their own at the moment). Charlie Morris, Investment Director of The Fleet Street Letter, reiterated his call to buy UK banks. He views the current turmoil as a great opportunity.

That will be challenge in a highly charged emotional environment: keeping a level head and taking a common sense approach. That doesn’t mean ignoring obvious dangers (like record-low bond yields and sky-high bond prices). It means being methodical and sensible about your decisions.