Why Gold Goes Up

Why Gold Goes Up 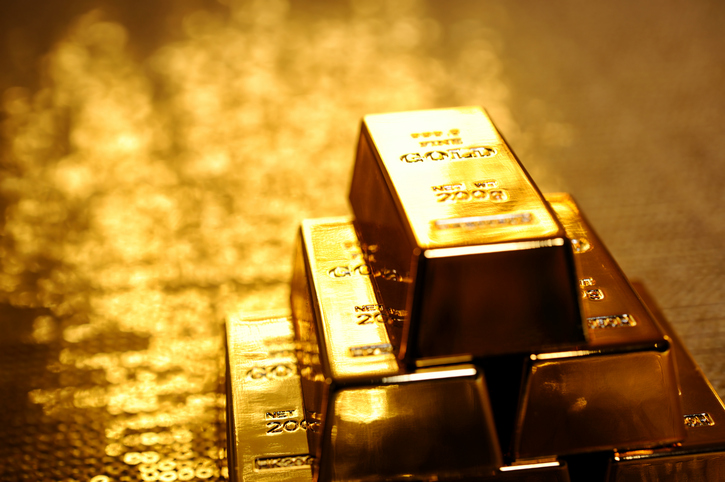 A “fat finger” was blamed, meaning it was probably a mistake.

According to reports, a single trader sold 1.85 million ounces of gold and 5,000 ounces of silver on the Comex exchange… before buying it all back again.

This appears to have triggered a bunch of stop-loss orders – orders traders place with their brokers to automatically sell at a certain price – at $1,250 an ounce.

Recommended: Guide to Understanding the Price of Gold

But after the fat finger got off the keyboard… gold resumed trading more or less as normal and back above $1,250 as we write.

We have not even mentioned gold for months.

There were so many plump targets for our sarcasm – especially elected and appointed officials. But gold plays an important part in the story of human civilization; it deserves more than a footnote.

Some stocks paid a dividend; gold did not. On the other hand, stocks were risky; gold was much less risky, though it is hard to quantify the difference.

You buy stocks to earn an “equity risk premium” – the excess over the supposedly risk-free return on Treasury bonds.

Stocks, after all, are ownership stakes in businesses. But businesses can go bust. Stock prices can go to zero.

Treasury bonds, in theory, are safer than stocks. They pay interest on a regular basis. And, in theory at least, there’s negligible risk of default in a U.S. government bond.

Gold, in that sense, is risk-free, too. It can’t go broke. It can only go up and down relative to the paper currency. (Einstein would be quick to point out that neither goes up or down; they merely move relative to each other.)

But over the past 18 months, gold investors have done well – without the risk of stocks or bonds.

Gold is supposed to be a safe haven against chaos and uncertainty. But if there is any uncertainty in the markets, we see no sign of it.

Stocks go nowhere but up – apparently serene no matter how expensive they get and regardless of what absurd and calamitous policy is undertaken in Washington.

Government bonds, meanwhile, have passed beyond the veil to where there is neither down nor up, beginning nor end, future nor past.

Despite an increase in yields, $10 trillion worth of government debt still trades at negative yields (meaning you pay the borrower when you loan money).

On many occasions… late at night… in pub, prayer, or meditation… we have tormented ourselves trying to understand what negative yields mean.

“Why does interest exist?” we ask ourselves. “How can it be negative?”

The common answer is that interest is a measure of the old saying: “A bird in the hand is worth two in the bush.”

You could use your money now, to buy something you want… or simply bury it in the ground (if you kept it as gold). Then you would be sure to enjoy it, either now or in the future.

If you lend it out, however, the bird may fly away. Your borrower may get hit by a bus. He may go broke. Or he simply may not wish to pay you back.

In effect, the borrower pays the lender interest to offset the uncertainty the lender faces by letting his money out of his sight.

And if you have lent dollars rather than gold, you also must ask yourself: What will the paper be worth when you get it back?

What, then, could a negative interest rate imply? Is the future MORE certain than the present? Is the buying power of the dollar going up? Has the universe been turned on its head?

These are the sorts of questions that turn our thoughts to Jameson.

But before that sweet elixir works its magic, we would like to connect a dot or two…

In the last few days, we’ve seen that Americans are poorer than the averages suggest… and that taxes have little to do with it.

Most people in the U.S. pay little or nothing in income or capital gains taxes.

Part of this may be a result of things over which we have no control at all – older people have less interest in starting new businesses… fossil fuels could have reached the point of declining marginal utility.

But we will not ignore a more obvious cause: The feds, with their crony pals and zombie pets, have gummed up the works.

In short, they have forced too many win-lose deals on the economy. And the most subtle and diabolical of those deals was the fake post-1971 dollar, without which many of these deals wouldn’t be possible.

Without fake money lent at impossibly low rates (even below zero!), the world couldn’t run up $260 trillion in debt.

Without fake money, central banks couldn’t buy (finance) $1.7 trillion more in debt so far in 2017. (Where would they get the funds?)

Without fake money, much of the feds’ crackpot spending, crony deals, and zombie giveaways would have to stop.

And without fake money, real money (gold) wouldn’t be going up or down… or anywhere.