A halving by any other name would smell as sweet…

A halving by any other name would smell as sweet…

Why would somebody be mining bitcoin in a mosque?

About a year ago now, some images started circulating on Twitter showing vast bitcoin mining arrays, racks upon racks of monitor-less computers whirring away in a place of worship: 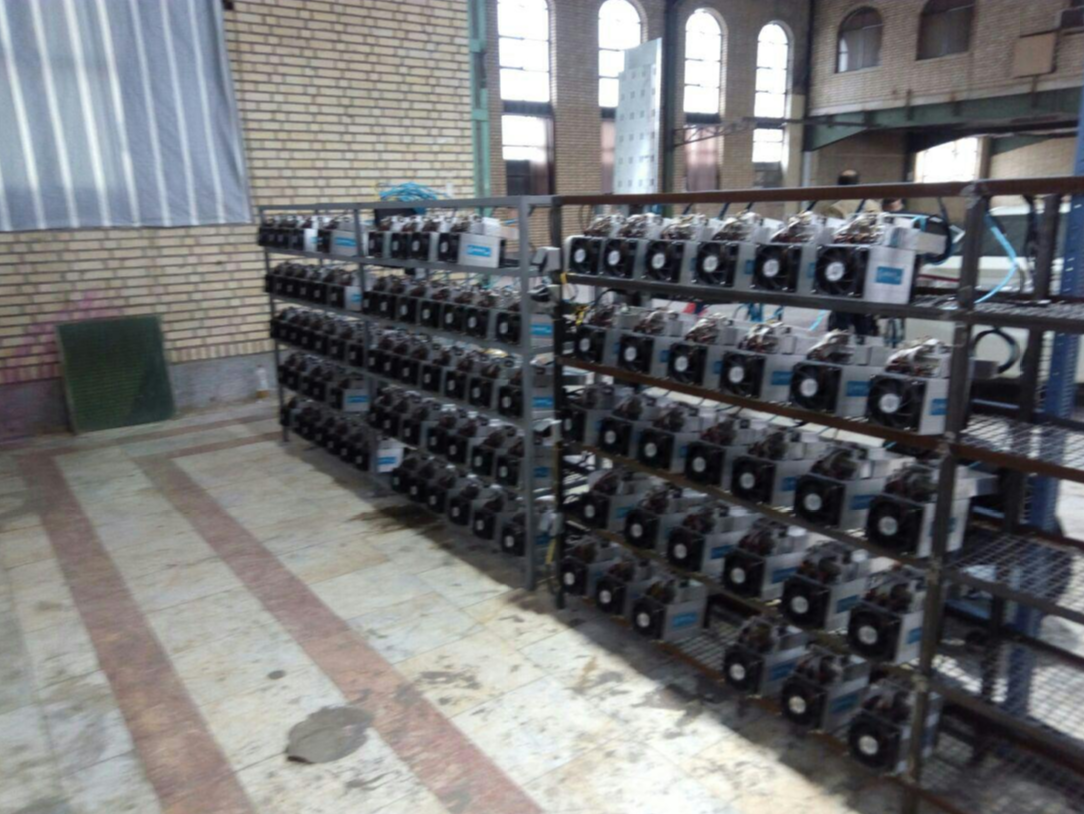 Well, that mosque is in Iran, where all mosques get free energy from the state. With the bitcoin network worldwide currently burning through energy at the same rate as Chile, free energy is a licence to print digital money.

Iran has an interesting relationship with BTC, where to be a miner you need to apply for a licence from the state like any other commodity extraction business. The Iranian government has granted over 1,000 bitcoin mining licences since it recognised BTC as an industrial activity last year, with a large Turkish bitcoin operation called iMiner receiving a licence just earlier this week. iMiner has operations all over the world, and it’s spent millions setting up Iran’s largest thanks to the cheap energy available there.

One interesting side effect in the collapse of the oil price is that if it is sustained, it may balkanise the bitcoin mining sector, and break China’s dominance over it. China’s vast energy subsidies have allowed crypto miners who can keep the local communist party officials happy, to gorge on free energy, which has concentrated much of the total mining power within China. If energy prices elsewhere are falling, and China gets stricter on its subsidies, we may see mining activity flow out of the country and break China’s dominance in the sector.

But before we get to that, we’ll have to see what happens after Tuesday…

What’s in a name?

I like to call the upcoming bitcoin supply constriction as “The Halvening”, as it sounds more dramatic, and echoes back to “The Happening” which occurred during Ron Paul’s run for president in 2012.

The Halvening of bitcoin supply is indeed happening – on schedule for early Tuesday morning. And Google is ablaze like never before with searches for the term from folks who want to know what it is, and what’s going on:

Note how in the case of the Halvening, popularity has spiked around the time of previous halvenings – when the bitcoin supply per block mined went from 50 BTC to 25 BTC in 2012, and then from 25 BTC to 12.5 BTC in 2016. Now that the reward is halving once more to 6.25 BTC, the halvening is an ever-hotter topic…

However, more common than the term “Halvening”, is the simpler “halving”, which has exploded in search popularity to an even more extreme degree:

(Click to enlarge) Worldwide Google search popularity for the term “halving”. The chart doesn’t look all that different with Google searches for “Covid”, except the Covid searches have dipped.
Source: Google Trends

There’s never been greater anticipation for this event, unique to the digital asset space. It’s probably why the BTC price is up £1,700 in the last month. But what will happen after The Halvening itself? Could this be a “buy the rumour, sell the news” event, where there’s a big build-up in price prior to the event, and then once it occurs, the price falls? The BTC price collapsing post Halvening would definitely be “very 2020”…

I’ll be asking Sam Volkering, our resident crypto nut, about this in today’s market broadcast. Once you receive this letter, it’ll be available for you to listen to. He’ll be hosting an online Halvening event next week too, which you should look out for.

But before you listen to our latest market broadcast, take a look at this next chart I’ve prepared for you…

Bitcoin’s rise is so extreme that charting it’s hard to find a correlation between it and traditional financial assets. However, if you chart it on a logarithmic scale to rein in its incredible outperformance, you can see that it has trended tightly in line with social media stocks.

Take a look below, where the ochre line is the bitcoin price in dollars on a log scale, and the white line is the Global X Social Media ETF ($SOCL) on a regular linear scale: 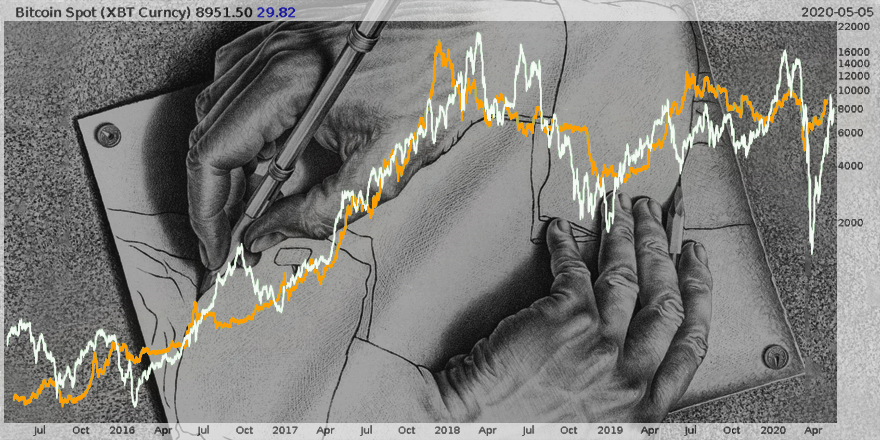 As you can see, they’ve moved tightly in line with one another since around 2016. The question is, why? Which hand is drawing – which trend is driving – the other?

It could be a faddish market dynamic where when social media stocks are in fashion, BTC is as well. After all, you’re more likely to think bitcoin is the future if you’re a big believer in the power of the internet. Social media stocks are a favourite of the tech native millennial population, who were also leading the charge with crypto speculation – the likes of Snapchat ($SNAP) and BTC, while completely different in application, do go somewhat hand in hand when it comes to the user demographic.

My colleague Charlie Morris thinks the correlation between social media and bitcoin is because the market values both according to one principle – the underlying value of the networks they are based upon. As the internet keeps growing, all of the applications which can grow on the back of it are priced as such by the market – bitcoin exponentially so.

Charlie’s theory has a compelling simplicity to it – the internet’s growth appears inevitable, and thus his long-term bullishness on bitcoin seems hard to argue against. Charlie will also be hosting a Halvening event, and I’ll be speaking to him about it on Monday.

But as we’ve a special occasion coming up, and it’s the bank holiday tomorrow, I’ll be sending you my own thoughts on the Halvening, which I sent wrote for readers of The Fleet Street Letter Monthly Alert in late January.

Whatever happens on Tuesday morning, and whatever name you want to call it, it’ll be entertaining, that’s for sure…