SOUTHSIDE PUB, STOCKHOLM – Ahoy from a faraway watering hole. They serve Guinness here and there’s a vending machine for Camel cigarettes, so it’s about as close to paradise as a man can get. It’s sleeting outside but nice and warm in here, and the mood is ambient. We’re in that Goldilocks period where the pub is just getting busy, but it ain’t packed… 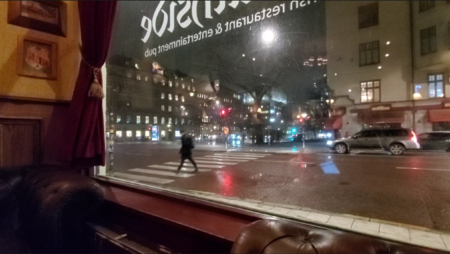 On the topic of Goldilocks, we’re finally seeing a change take place in the massive holdings of gold by exchange-traded funds (ETFs). I’ve printed this chart often in these letters (Saddam and Smaug: golden hoards – 5 June): it’s boomed from all-time high to all-time high this year as investors have increasingly developed an appetite for the shiny stuff and bought shares in the likes of gold ETFs like SPDR Gold Shares (GLD) for exposure.

But it’s finally taking a breather, and the great gold hoard has started to drain slightly… 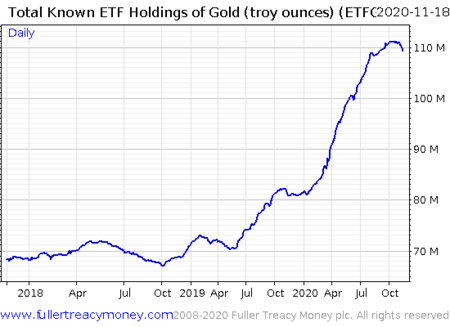 Does this mean that gold’s bull run is running outta gas? Are the three bears arriving back home as Goldilocks sleeps, oblivious?

This could of course just be a consolidation – after all, the hoard has been rising breathlessly this year, and nothing goes up in straight lines. If you overlay the gold price on top (green), the small move out of gold ETFs runs tight with the fall in price: 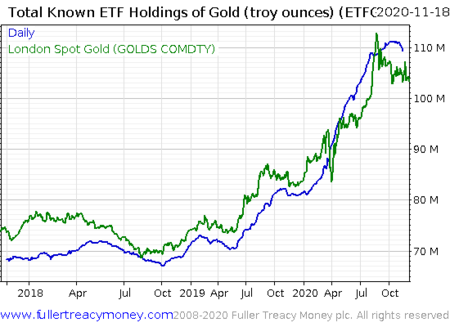 With the all these vaccine announcements kicking about, the expectations of an economic recovery are growing stronger. Markets are forward looking of course, so the hopes of a return to normality are getting priced in before they actually happen.

Normally during a recovery you’d see government debt being sold by investors shrugging off safety in search of risky assets that will benefit from the recovery. This leads to an increase in the interest that can be earned on bonds, which in turn lures other investors from gold (as it pays no interest at all).

We’ve seen a bit of this already. The US ten-year bond which boomed in price this year from the great dash to safety, finally topped in August, and has sold off slightly from there. Gold, depicted in green below, began selling off at pretty much exactly the same time: 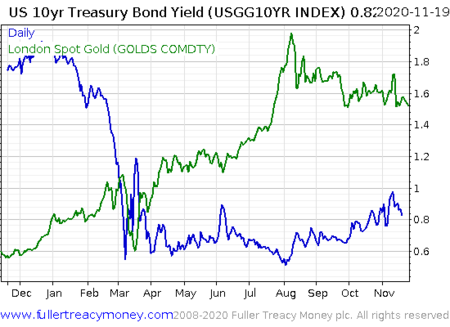 Gold will continue to face a headwind for as long as this lasts – though I can’t imagine it lasting all that long. Due to the ever larger debt load weighing on the world, the world can only tolerate ever smaller increases in interest rate costs before cracks begin to form… and then central banks respond by pushing interest rates down again.

While gold is off the highs, and the great ETF hoard is draining, I don’t think long-term gold investors have anything to worry about. I am finding it increasingly difficult to imagine a future where real interest rates (the risk-free rate of interest rate that can be earned minus inflation) aren’t being pushed ever lower… and it’s real interest rates going lower that are the fundamental driver of gold going up.

We’re used to real rates going down in recent years as a result of endless rate cuts and asset purchases by central banks, as well as baby boomers retiring and increasing their allocation bonds. It has not been driven by a rise in inflation, which has consistently stayed relatively low.

I think that’s about to change, thanks to the massive government spending efforts (underwritten and financed by central banks) which we’re seeing take place. I think real rates will be driven down further by inflation going up.

While gold does well during inflationary periods, it has a sibling that is even more sensitive to inflation – and interestingly, the smaller hoard of it that is owned by ETFs hasn’t stopped getting bigger… 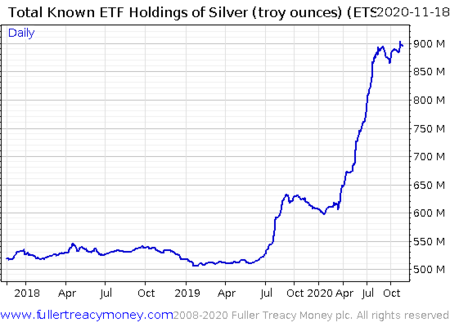