Dark days for a Davos Man

Dark days for a Davos Man

So, who’s going to be our new prime minister? Or will Theresa May manage to wrestle on in the mud at No. 10?

Never a dull moment these days. If nothing else, we should at least appreciate the theatre – for the currency market certainly isn’t. With the announcement that a vote of no confidence will be held this evening, the number of dollars you can buy for a pound (known as “cable” by forex traders) fell to a 20-month low of around $1.25.

The number of euros you can buy for a pound (known as “chunnel”) has fallen to €1.10, but is only as low as it was in August, for the euro has plenty of problems of its own. While the Brexit barney may weaken the pound, sterling does not face an existential crisis – while the euro does.

I was stumped when Emmanuel Macron got elected in France. From my perspective, he seemed to be everything the discontented members of society – those branded “populists”, or “deplorables” – were discontented by: a globalist investment banker, a “Davos Man”, calling for ever closer European integration. The establishment’s sigh of relief was palpable: 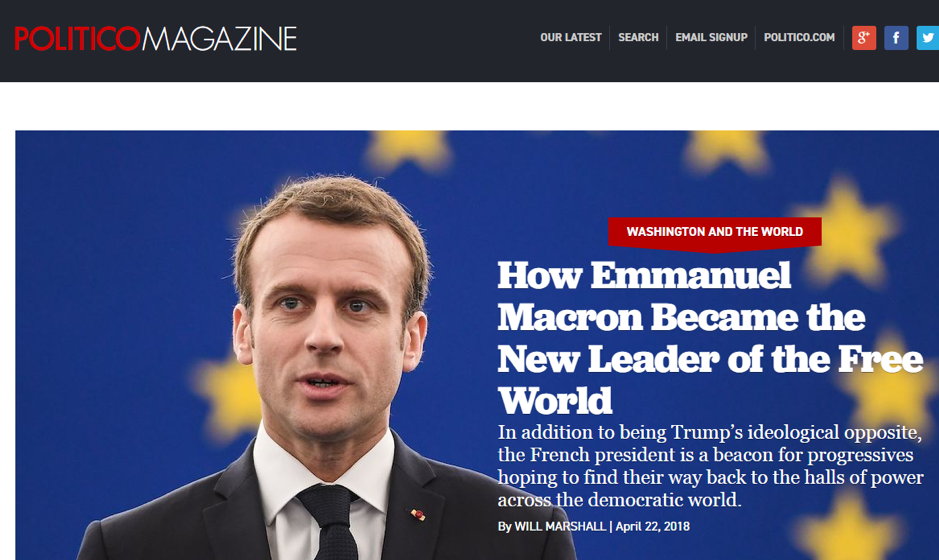 But the yellow vest protests have illustrated that the election of Macron put no lid on populism. The discontented genie is out of the bottle and will devour ever more of the established political order until it is satiated. And just as currency markets fear political theatre, stockmarkets fear riots: 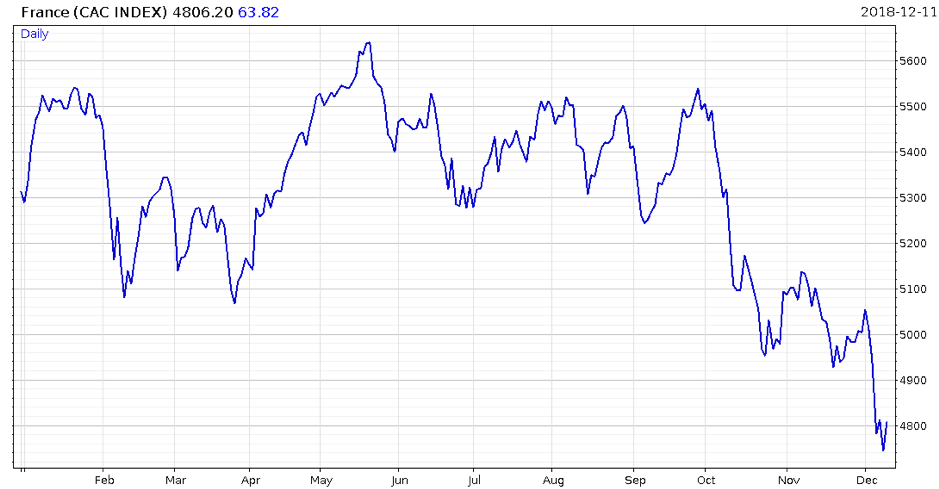 A French protestor getting his hand blown off after picking up a stun grenade, others losing their eyes to rubber bullets courtesy of law enforcement, while a guillotine bearing Macron’s En Marche! was wheeled out in the background, has not inspired confidence in investors.

Steve Bannon, the man behind Donald Trump’s campaign and deplorable numero uno in the eyes of the establishment, is in high demand from discontented groups all over the world. “Peak populism” is far in the future, and will appear in many more countries before it can be declared to have occurred.

I believe asset markets have yet to realise this. When they do, that steeply angled line down and to the right over December in the chart above will begin to look familiar. Which makes short-selling an ever more attractive proposition.

I have a theory that in order to get the populist genie back in the bottle, governments will give their citizenry an enemy to rally against in fear… and I think I can see one on the horizon. But more on that another time.

Macron has rolled back his fuel and pension taxes to quell the protestors… but this has landed him in even more trouble.

I was going to tell you that France is now in the same boat as Italy, for Macron’s measures to appease the yellow vest brigade are estimated to blow out France’s budget deficit to 3.5% of GDP, which could rise to 4% in the event of a recession.

I was going to tell you that in either case the figure is well above the EU limit of 3%, which makes Italy’s squabble with the EU over a 2.4% deficit look like a sideshow.

And I was going to tell you about the billions of euros of Italian government debt that French banks own, which compounds the problem further.

But as I’ve been writing this, it’s been revealed that Macron will be facing a vote of no confidence tomorrow, not a day later than Theresa May! There really is never a dull moment these days.

The EU can wait – Macron has more immediate problems.

Now remember: appreciate the theatre. For the markets won’t.