It’s a bit like watching the national debt go up.

Except the other way around. 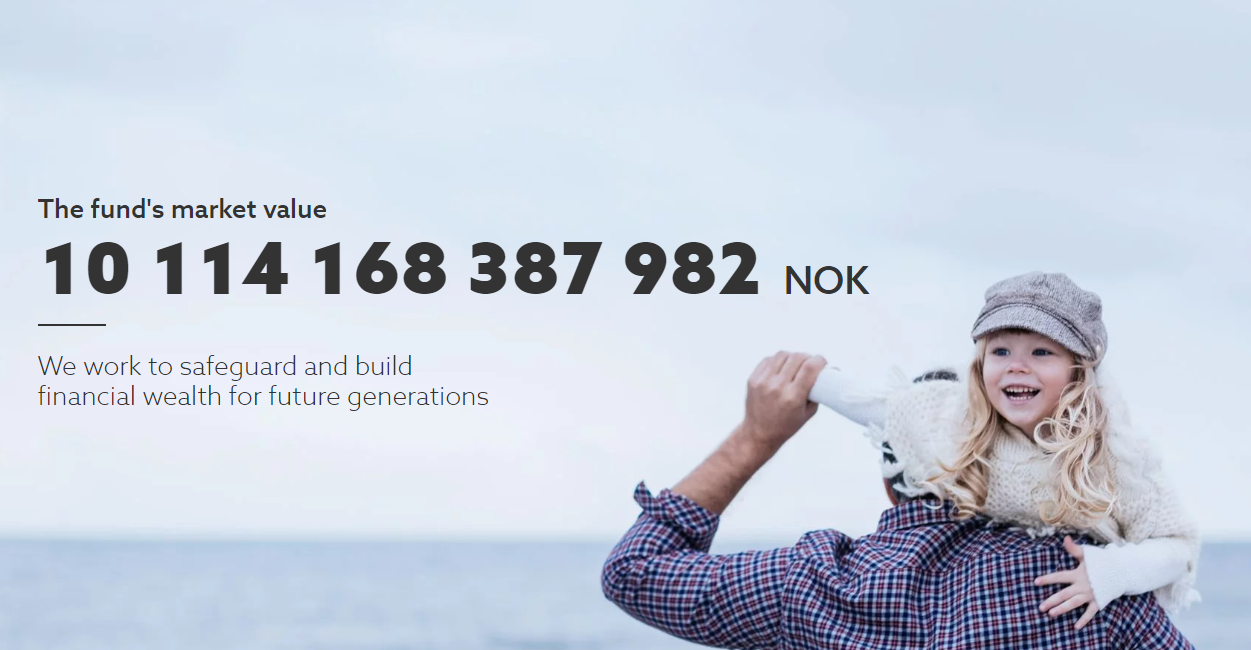 That’s the homepage for Norway’s Sovereign Wealth Fund, the trillion-dollar beast of an investment portfolio born of the country’s oil revenues.

While the image above is still, the number displayed is updated in real time. And more often than not since its inception, it just goes up.

That’s £850 billion worth of stocks, bonds and real estate. If divided up among all the stocks in the world, Norway would own 1.4% of every listed company.

Or at least, that’s how much it’s worth right now – heaven knows what the pound/krone rate will be by the time this reaches you.

But having quintupled its value to $1.1 trillion in 12 years, the man in charge of the fund handed in his resignation.

Having started running the fund just before the financial crisis, the trillion-dollar man Yngve Slyngstad (would make a perfect bond villain) has decided it’s time to go.

Does he know the ship is holed below the waterline, and is escaping now before it floods? He’s tried to defuse the rumour by claiming he found the crisis exciting, and if he thought there was another coming he’d stay on (again, bond villain).

But I bring up the Norway’s sovereign wealth fund in today’s letter for a different reason.

What do you buy with a trillion bucks?

The fund, (and other sovereign wealth funds for that matter) have an investment mandate as rare as it is daunting: investing for the benefit of several generations in the future. Those managing it today may not even live to see its beneficiaries.

While the current Norwegian government is tapping the fund for a few billion here or there, the bulk of the fund is intended for use after Norway’s oil has run out, which is a long way off.

So if you have a cool trillion dollars in your brokerage account… what do you buy?

But what do you invest in now… which you see delivering strong, real return in 40 years or more?

You’ve a massive pool of capital to bring to the table, sure. But that’s as much a burden as it is a strength: due to its massive size, it can’t take large positions in small stocks, as it would blow up their price and be unable to sell them again.

Similarly, with such a long-term view, leverage is off the table, as is short-selling. This is hardcore buy-and-hold investing, except you don’t get to retire on it at the end, because it’s for your great to-the-power-of-eight grandchildren.

The “old faithfuls” of the last 50 years seem less dependable when you think another 50 years into the future. Will “Big Tobacco” still be huge and paying fat dividends in 50 years? Maybe, maybe not.

I find it hard to imagine “Big Oil” will still be king when the point of the fund is to cash out at a time when it’s run out. Pharmaceuticals perhaps? And there’s always gonna be a market for weapons…

So what would you invest in? I’d love to know your thoughts: [email protected].

While gold will preserve purchasing power, and is worthy of inclusion purely for that purpose, remember: the fund is intended to create a real return above and beyond inflation, so it can’t just be invested in gold bars in a Swiss vault.

This is of course just an exercise, but it helps put the process of investing into perspective.

And Slyngstad? He’ll be moving into the renewable energy space. And right on time, too, considering what’ll be happening on Friday…