How to crush your enemies by taxing the planet

How to crush your enemies by taxing the planet

Yesterday, we speculated that the US is turning Russian.

We weren’t referring to any of the “Trump is a Russian asset” hysteria of course – we were referring to how the energy market has changed the US’s temperament. When it engages with the rest of the world, the US can now afford to adopt a much more Russian demeanour.

The US used to be committed to a level of global stability, as it imported all of its energy and had to be sure the flow would not be interrupted. Scarred by the Arab oil embargo of the 70s, the US made various arrangements under the table with Gulf oil producers to ensure that Benjamin Franklins would always be accepted for their black gold.

Russia, meanwhile, remains the opposite. As an energy exporter, it benefits from international chaos as it can sell its natural gas and oil for higher prices.

But now the US has become the largest oil producer in the world. Its commitment to ensuring global energy flow is stable is now significantly reduced. In fact, if the US Energy Information Administration’s estimate is correct that the US will become a net energy exporter this year, then the US stands to benefit from international disorder purely from the higher energy prices.

Or at least, some parts of the US stand to benefit. But high energy prices throttle economic activity, inflating the price of everything: heating, transportation, and manufacturing all become more expensive. Costly energy is effectively a tax on doing anything.

So it’ll only be certain regions of the US that would benefit if the US government started blowing things up overseas to goose up the oil price:

Overlay that with how folks vote… 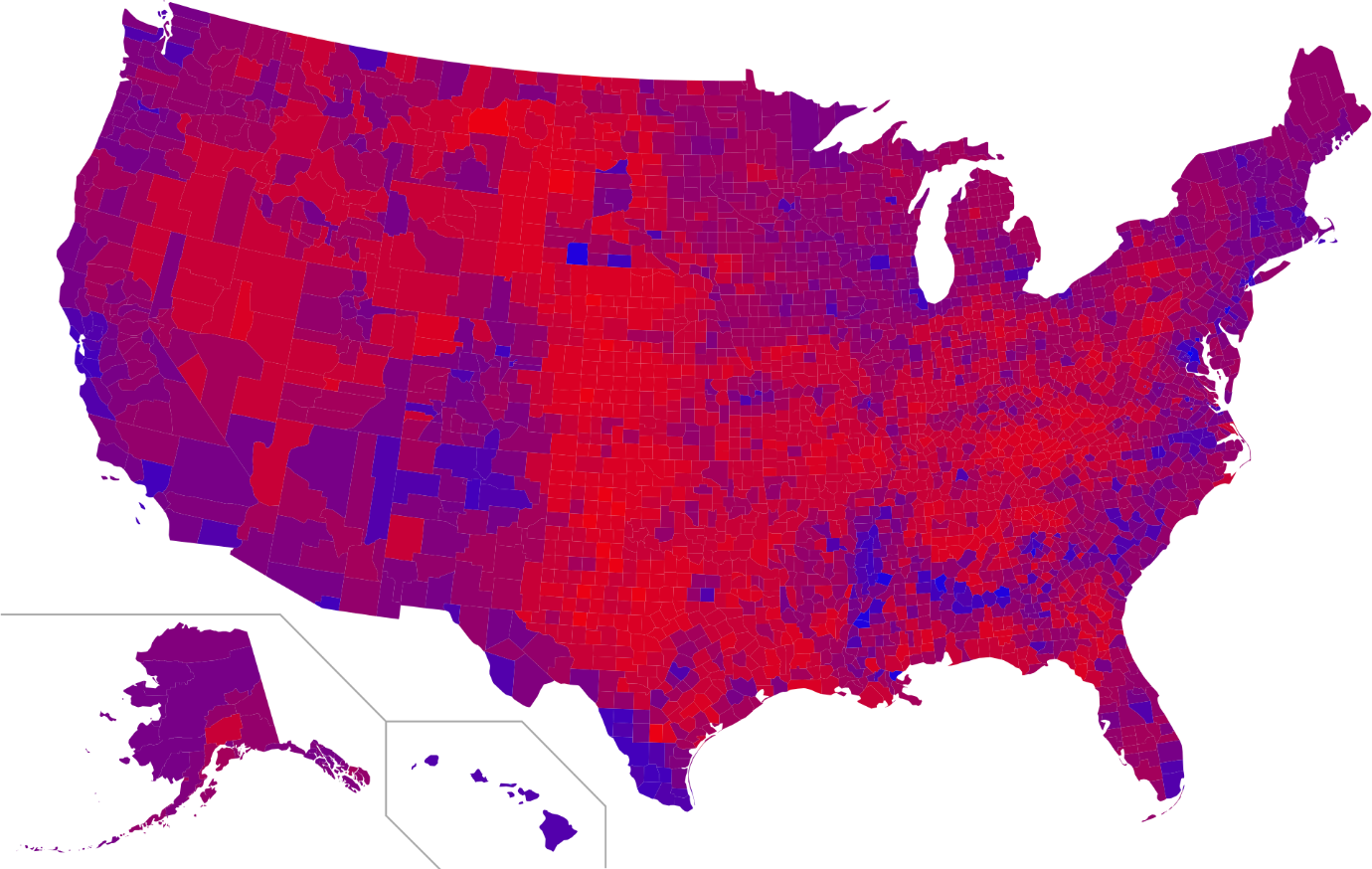 … and you can imagine some interesting scenarios a president running for re-election might conspire to cause an oil-shock abroad.

But look more international at how a “Russian America” might behave.

Back when George “Dubya” Bush was president, Hu Jintao was in charge of China. Dubya recalled in his memoirs an exchange the pair had following 9/11, when he told the Chinese Communist Party (CCP) leader that what worried him most was the thought of another terrorist attack on the US. He then asked Hu what kept him awake at night, to which he responded “25 million new jobs a year.”

If it doesn’t create economic growth, the CCP risks civic unrest, and removal from power. Unemployment, high inflation, and stagnant wages can be fatal to dictatorships. And all three can be caused by high energy prices.

China became the world’s largest net importer of oil in 2017, making it uniquely vulnerable to an oil shock, just like the US was in the 1970s. But in the US, you can vote out a ruling party if you’re unhappy with an economic malaise. In China, there’s only one party in town, which makes the options for removing said party rather narrow and not very peaceful.

With the US and China now locked in a Cold War, you can begin to imagine why the US might conspire to raise the cost of oil globally to foment domestic unrest within China. Such a scheme would no doubt involve more explosives in the oil-rich Middle East, and so would be dismissed as yet another American Misadventure, letting its true purpose go unsaid…

But that’s all from me for this week. Wishing you a good weekend!