This white metal is booming – but which one?

This white metal is booming – but which one? 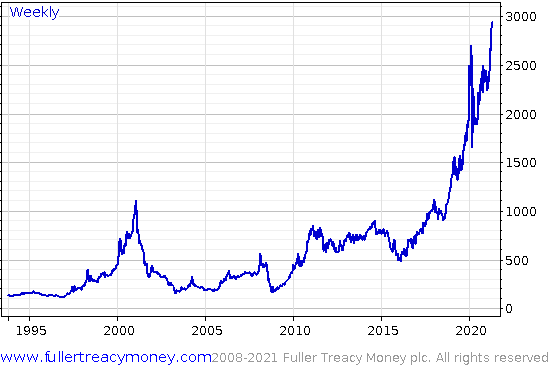 It’s not gold, which we’ll come to in a minute. It’s one of gold’s siblings.

Gold’s close relatives are a tricky bunch to tell apart, for they all look the same – they all look like silver. Hell, one of them is silver.

Some are greyer, some are brighter, some just catch the light a bit different… but in the end, they’re all silvery-white metals. Silver is often referred to as “the white metal”, but a more accurate description would be “one of the white metals”.

If you were sat before an unlabelled array of all the precious metals which aren’t gold – silver, platinum, palladium, rhodium, ruthenium, iridium and osmium – you’d have a hard time telling which was which. The colour wouldn’t give them away: you’d need to rely on their density, their weights relative to each other.

While colour may seem an almost childish facet of gold to focus on – especially from an investment angle – it’s yet another feature which sets the metal apart. But we’ll come back to that in a moment. Let’s get back to the chart atop this letter.

The metal in question there has been a source of fascination for me for some time, which I’ve commented on a few times here at Capital & Conflict.

It’s palladium. Your closest interaction with it is likely in the catalytic converter in your car (if it’s got a petrol engine, that is – platinum is used instead in diesel cars). Demand for this metal is being pushed higher by green regulations across the world which are aimed at reducing carbon emissions  – a dynamic I described back in Storm in a tailpipe (25 January). But that’s not the only dynamic driving it higher.

I bought some of this back in 2016 when it was $600, and I have held on to it ever since. I was actually intending to sell it last year, but I didn’t quite get around to it – and then the price kept rising, so I thought I may as well stay put. The question now has become very simple: “When do I sell?”

My original thesis back in 2016 was that palladium would be a good hedge against inflation if central banks were finally successful in their aim at generating both inflation and economic growth. An industrial metal like palladium would benefit from economic growth due to stronger industrial demand and more people buying cars, and it would benefit again from higher inflation as it’s a precious metal. It was this double whammy that I thought made palladium a compelling investment proposition, coupled with the benefits that come with owning precious metals – no risk of default, no custodian that might go bust, no central bank inflating it away, etc.

After a few years of holding palladium, I thought my thesis was wrong – or at least, very premature. But now with commodities of all varieties booming and palladium running like its life depends in it, I wonder if it may be coming to pass after all. With governments spending cash still hot from the presses of their central banks, is economic growth and inflation – a potent cocktail for industrial metals – what the future holds?

For as long as I do hold palladium however, the question “When do I sell?” shall persist. For this is a trade, a speculation; and as precious and shiny as palladium may be, it’s not gold.

And while the market spotlight may be trained on this white metal now, the yellow metal’s future is even brighter…

PS Over the past couple of months, we’ve been planning and arranging a special online event for all of our readers on the merits of investing in gold: the 2021 Gold Summit. Attendees will be hearing from some of the sharpest minds in the gold space (including a hedge fund manager who participated in “The Big Short” back in 2008) on the yellow metal’s bright future. Be you a veteran gold investor or new to the space, there’s something in there for everyone – and it’s all free. Click here to sign up and get access when we go live.