Before we get on with today’s letter, a quick heads up – if you haven’t signed up yet to our 2021 Gold Summit, you should do so here. I’ve been working on it for several months now in preparation for its launch next week, and I think it’ll be of value to you – even if you’re not as wild about gold as I am. If you like Capital & Conflict, I think you’re gonna love it.

Now, on with today’s note… 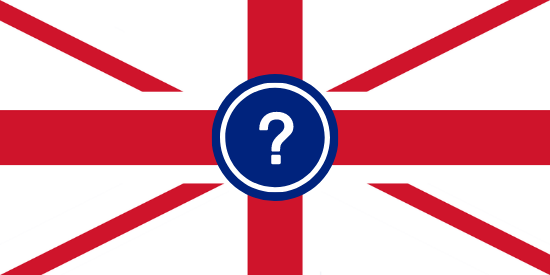 WINDERMERE, LAKE DISTRICT – A lifetime ago on 13 December 2019, a Greek colleague asked me my thoughts on the outcome of the General Election. It was the morning after the main event, and as I’m sure you’ll remember, the news was awash with the crushing of Jeremy Corbyn under BoJo’s landslide.

Some of the details of that election still astonish me. Particularly striking are the constituencies which had voted labour for several generations – in some cases over a hundred years – which voted Conservative in 2019. The most extreme example I’m aware of is Newcastle-under-Lyme, which hadn’t elected a conservative since the 1880s until it was painted blue in 2019 by Aaron Bell of Oxford PPE fame. Inertia like that – trends which have lasted over a century – don’t change on a dime.

But it wasn’t the landslide in England which occupied me that morning. As I told my colleague, it was the landslide in my native Scotland which was on my mind. While the blue wave in England was occupying the news in London, the yellow wave of the Scottish National Party looked like a foreshadowing of a second independence referendum.

The tension-building structure was all there. The binary confrontation of a yellow Scotland vs a blue England – with no shades of red or amber from Labour or the LibDems to muddy the waters or soften the debate. And then there’s the especially negative sentiment Boris Johnson inspires in many Scots as a boisterous English toff…

With Scotland heading to the polls today, it’s worth examining the possibility of Scottish independence yet again. To my eyes, it’s only a matter of time before the separatist movement (now hailing from Alba as well as the SNP) will demand another referendum – and should they dominate the polls today, it’ll only bring that day closer.

There’s an elephant in the room here of course. How could a second referendum come to pass, when it must be approved by Westminster first to be legal? Why would the government agree to “indyref2” when there’s so much little for the rest of the union to gain, and so much to lose? The first indyref was sold as a “once in a generation” event after all, not a party you get to swing whenever you get enough votes.

On the few occasions I’ve spoken to people who work in Whitehall about this, their response has been point-blank: the current government will simply not grant approval for a second referendum. That said, can one really be certain that BoJo “The Gambler” wouldn’t change his mind depending on the circumstances? I can’t.

A more likely possibility however – and a more incendiary one – would be a wildcat referendum. Should the separatists believe they have a mandate for “indyref2” and it is rejected, it is possible that an illegal referendum be held in its stead. As pro-unionists in Scotland would likely not vote in it, so as not to legitimise an illegal referendum, the results would likely be in favour of independence. And that’s where things could get ugly – just as it did in Catalonia where their wildcat referendum to secede from Spain led to riots that have lasted for years afterwards.

I remember seeing Catalans in Edinburgh flying their flag in support of Scottish independence before the first independence referendum. I certainly hope the situation does not degrade in Scotland to the degree it has over there.

Spain was sheltered from chaotic moves in its currency as a result of its membership of the euro: investors couldn’t shed their exposure to Spain’s currency without shedding their exposure to the entire eurozone. While the pound is shared across the UK, it is not nearly so sheltered by larger economies – were riots of the kind we saw in Catalonia to break out, the pound would sell off to reflect the uncertainty and the volatility would be Brexit-esque. This in turn might convince Westminster to temporarily quell the unrest by offering a legal referendum and then hoping to win it.

Regardless of your views on Scottish independence, the outcome of a second indyref is of major importance for anyone counting their wealth in sterling. A breaking of the union would incur irreparable damage to the strategic autonomy of the UK and the status of the pound – and that’s regardless of whether an independent Scotland opted to keep the GBP.

While Scotland runs wild budget deficits which many English folks would rather not pay for, its geography provides major strategic advantages to the UK – access to North Sea oil, fishing grounds, and the shipping lanes north of the country. In our globalised world, being physically close to energy, protein, and the veins of international commerce are taken for granted. But these are invaluable gifts in an unstable world – like the one we’re entering now.

Further, the ability to secure and defend such treasures (as the UK armed forces can) is similarly valuable – an ability which would be severely compromised were the union to disintegrate. The abilities of the Royal Navy alone, one of the few blue-water navies in the world (a navy which can operate anywhere in the world’s oceans), would take a major hit were its home bases in Scotland to become “foreign soil”. The Royal Navy base on the Clyde, home to Trident submarines, is only the most obvious of the structures underpinning UK’s influence abroad which would be in jeopardy were the union to snap. Then there are the Scottish RAF bases (similarly geographically sensitive), marine bases, army bases…

I’ve no doubt the SNP/Alba would be happy to lease these assets to what remains of the UK for a sizeable fee – they’ve got plenty of spending planned after all, and no military ambitions. But it’s a bit like the difference between owning a house and renting a house. The loss of stability and future uncertainty that would come with basing operations on “foreign soil” would be a major blow to the UK’s ability to secure its own interests and project power abroad – both massive advantages in a world that’s falling apart.

You might not often think of these geographic advantages and military resources in financial terms – but they are baked into the value of the pound international currency market, and they are some (though not all) of the reasons sterling is still an international reserve currency.

Ultimately, I don’t think Scotland will become independent in the end – but I think we’re in for a wild ride before that possibility is swept from the table.

What do you think? Is there a second independence referendum on the horizon? And if so, what do you think the results might be? I’d love to know your thoughts – send ‘em over by clicking here.