If you could have your time again

If you could have your time again

Your regular editor Boaz Shoshan remains on holiday. And Kit Winder is busy researching the stocks you’ll want to buy in coming months. So it falls to me, Nick Hubble, to carefully avoid talking about Brexit today.

I’m not sure. But here’s what I do know.

Every time I mention Brexit in the office I get wails and moans in response. Or worse, I get ignored. You know you’re in trouble as a newsletter writer when you get ignored…

So let’s turn to more pressing questions. What if you had an investing time machine?

It doesn’t sound like a useful question. Perhaps it isn’t. But that’s not going to stop me. Because after reading today’s Capital & Conflict, you might change how you think about the future. And that would be useful. 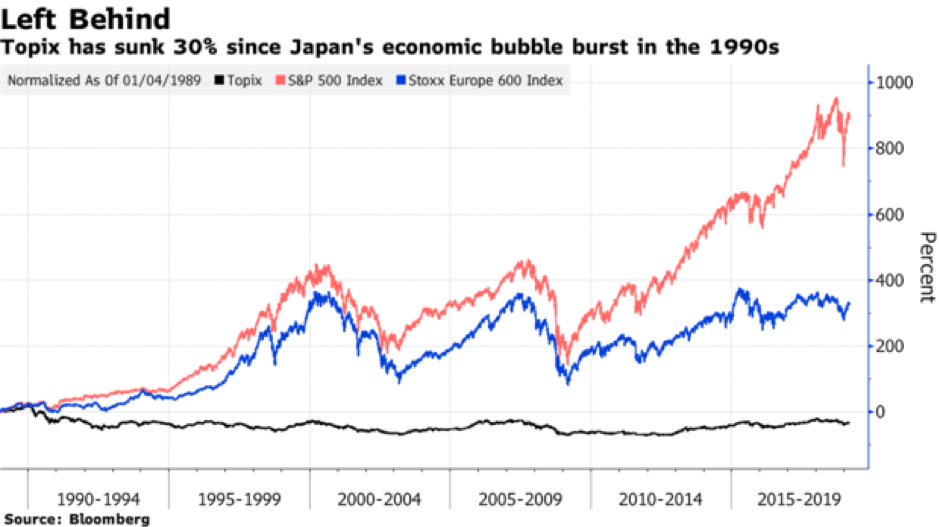 So much for “stocks go up in the long run” then. They didn’t. In my opinion, they don’t. And won’t.

But that’s not the issue facing you. Your problem is the decision you have to make now. Do you want to continue waiting for stocks to go up? For how long are you willing to wait?

The irony here is that passive investing is growing in popularity. The amount of funds invested in passive strategies recently overtook active strategies in the US.

In other words, people don’t even pay attention to what they’re investing in anymore. The “hold your nose, close your eyes, buy and hold” investment technique is winning in popularity. Just when it hasn’t worked well.

A lot of the inflow into passive funds came from governments’ pension pushes around the world. Total pension assets are growing fast almost everywhere. Because of contributions, not investment returns….

The trouble is, this has turned the stock and bond market into a giant pension fund. And that hasn’t worked. The results from the Thinking Ahead Institute’s report on pensions speak for themselves.

In 2018, a global model pension portfolio of 60% stocks and 40% equities landed you a -5.7% return. Congratulations on your diversification…

Over five years, the return was a pitiful 2.9% per annum. Remember, that’s during what politicians call the “recovery” from the financial crisis.

Over 20 years? An annualised return of 4.7%. Which sounds good until you compare it to the Bank of England’s interest rate back then. Term deposit rates back then were better than the performance of a typical investment portfolio. And that’s assuming you owned global stocks, not the terribly performing English ones.

What about investing in the things you shouldn’t have? The “bubbles”, like cryptocurrencies. The industries under attack from the government, like tobacco. The useless lump of metal called gold.

Well, the Bitcoin price is still up thousands of percent from when it was first ridiculed.

Since 1999, the gold price is up fivefold in terms of pounds while the FTSE is up 10%. A lump of metal outperformed Britain’s biggest companies… [Brexit reference deleted.]

The question is, will you make the same mistake again?

What are you going to do this time around?

I’ve just finished a required exam to give you financial advice. I’ve never read such claptrap as you’ll find in the textbook on my desk.

If you’re considering a change, I’m going to try and help you decide. Today.

The Southbank Exhibition is designed to show you what we publish. It’s like an open day, but for a week. You’ll discover a bundle of investment strategies that you’ve likely never heard of. Let alone considered using.

Because that’s what we do. Publish the investment ideas you’re not supposed to. The ones that could work for you.

I suggest you take a look, before you return to your buy and hold portfolio and consider your options…