Is the price of Ethereum a huge buy signal?

Is the price of Ethereum a huge buy signal?

Ethereum is a digital ‘currency’ that exists purely online. Although the more accurate way to view it is as a network infrastructure – and its token, ‘Ether’ is what powers the network.

Ethereum has only been around since 2015. In its ‘initial coin offering’ (ICO) you could pick up 1 ‘Ether’ (ETH), which is the token of Ethereum for just US$1.

Today 1 Ether is worth over US$225. And Ethereum’s market cap is north of US$20 billion. The long term potential of Ethereum is almost impossible to gauge. Some are calling it ‘the next bitcoin’ or ‘bigger than bitcoin’. And with its speed of growth that could be a real possibility.

Why has the price of Ethereum gone sky high? 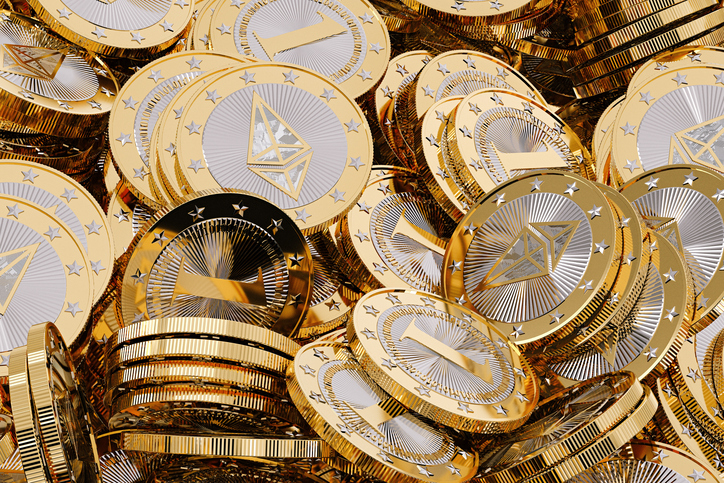 What now for the price of Ethereum?

Earlier this year the Enterprise Ethereum Alliance was formed. This is a collective of major global corporations such as JP Morgan and Microsoft. Their aim is to,

‘…learn from and build upon the only smart contract supporting blockchain currently running in real-world production – Ethereum – to define enterprise-grade software capable of handling the most complex, highly demanding applications at the speed of business.’

When the EEA started in February it sent the price of Ether parabolic. Then recently in May another 86 companies joined the EEA including Toyota and Samsung.

The speed at which Ethereum is moving is nothing short of astonishing. We have people ask us every day is it a bubble, is it too expensive. But considering the total coins in circulation are worth only US$20 billion, we think that it might actually be cheap.

Long term forecasts could see Ethereum be worth as much as, if not more than bitcoin. Ethereum and its blockchain technology has the potential to change industry all over the world. Already companies such as Shell and ING are experimenting with Ethereum solutions.

Even The Royal Chinese Mint is experimenting with Ethereum to digitise the Yuan onto the Ethereum blockchain. This is massive in terms of its development. In our view the way Ethereum is designed we think of it more like the early stages of the internet rather than a digital ‘currency’.

Think about it like this, imagine if you had a chance to invest directly into the internet in the early 80’s. Think about today what that would look like in terms of investment returns? That’s the situation we see Ethereum in, it’s the beginning of a global network that can revolutionise the world. And that has immense potential for industry and for early investors.

Importantly as well, today Ethereum crossed a massive milestone. It is creeping close and closer to the price of bitcoin. Earlier this year Ethereum was the equivalent of 0.01 bitcoin. Today it crossed the 0.1 bitcoin barrier. How long until it is at parity with bitcoin? It’s hard to tell, but at the pace it’s moving now, it could be as soon as the end of the year.

The year of our Lord two thousand and twenty just keeps on delivering the goods. Remember this chart of Tesla I showed you a month ago (A Looney Tune you don’t want to miss – 10 June)? Source: me, on…

Finding freedom and fortune outside the UK

A buddy of mine has had enough – he’s getting out of here. It was the first time we’d seen each other since the lockdown began. I could tell he was somewhat different when I met him, and not just…