GUALFIN, ARGENTINA – The news is full of absurdities, trivialities, and just plain dumb things. But some of them are revealing.

But we interrupt our dot connecting with a brief travel update. We’re visiting a neighboring farm (6 hours’ drive away) – Pampa Grande. It’s in its own valley, with about 80,000 acres of good cattle land. More on that anon. 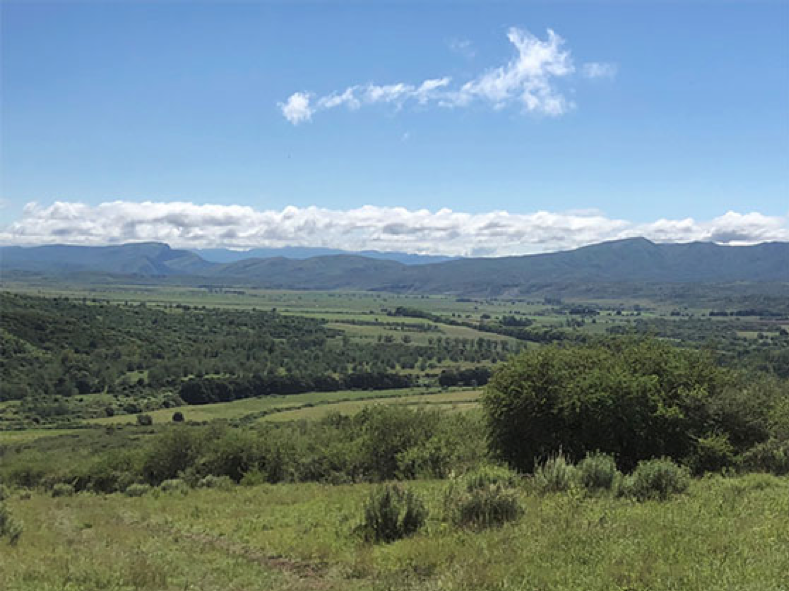 And now, back to our subject…

We begin with the Securities Exchange Act of 1934, which made it illegal to manipulate stock prices. We bring it up because Bloomberg reports that the president of the United States of America is doing it:

President Donald Trump is pressuring U.S. trade negotiators to cut a deal with China soon in hope of fueling a market rally, as he grows increasingly concerned that the lack of an agreement could drag down stocks, according to people familiar with the matter.

As trade talks with China advance, Trump has noticed the market gains that followed each sign of progress, said the people, who requested anonymity to discuss internal deliberations. He watched U.S. and Asian stocks rise on his decision to delay an increase in tariffs on Chinese goods scheduled for March 1, one of the people said.

The world’s two largest economies are moving closer to a final agreement that could end their almost year-long trade war, an outcome that would also provide a boost to his efforts to seek reelection in 2020. A new trade accord that would provide Trump with a much-needed win after the collapse of his summit with North Korean leader Kim [Jong-un].

Not that we have anything against fiddling stock prices; that’s what every corporate PR department is meant to do… and it is the purpose of almost all buyback deals… and most important, it’s what the Fed has been up to for the last 32 years; when stock prices correct, it lowers interest rates to un-correct them.

But what is interesting about this report is that it shows two things:

As to the first item, we pause to note that, so far, this “tariff man” president, whose campaign promised to cut trade deficits, has actually increased them by more than $100 billion. Again, Bloomberg is on the story:

The U.S. trade deficit widened in 2018 to a 10-year high of $621 billion, bucking President Donald Trump’s pledges to reduce it, as tax cuts boosted domestic demand for imports while the strong dollar and retaliatory tariffs weighed on exports.

We never expected the president to go Full Retard on his trade war. Instead, we thought he would settle the issue… as he did the trade war with Canada and Mexico… in some ongoing, negotiated mush.

In other words, the fake trade war will end in a fake armistice… and a fake victory dance by the administration.

The real winner, however, will be The Swamp, whose lawyers and lobbyists will get to do the negotiations. Instead of more-or-less free trade, we will have cronyized trade… where you may have to pay off some insider, if you want to buy or sell from overseas.

As to the second point, we showed earlier this week that the feds borrowed $10 trillion in order to increase GDP by only $3 trillion. Bad deal for the economy.

But like every public policy, there are winners and losers. And while Main Street got nothing… Wall Street got plenty. The Dow alone added some $17 trillion in market cap, from its low in February 2009 to the high in October of 2018.

We don’t have anything against making the rich richer, either. But if the working stiffs ever catch on… and realize that it is at their expense, as it is on their shoulders that the debt is piled… there could be hell to pay.

And the Trump Team keeps at it – adding more debt at the rate of $100 billion a month… $1.2 trillion per year.

The U.S. budget deficit widened to $310 billion in the first four months of the fiscal year, underscoring the revenue hit from Republican tax cuts and an increase in government spending.

The budget gap widened 77 percent compared with the same October-January period a year earlier, according to the Treasury monthly budget report released on Tuesday, which was delayed by the government shutdown.

A trillion here. A trillion there. Pretty soon, you’re talking about real money. And real trouble.

Next… the Green New Deal – an old, dirty shuffle… 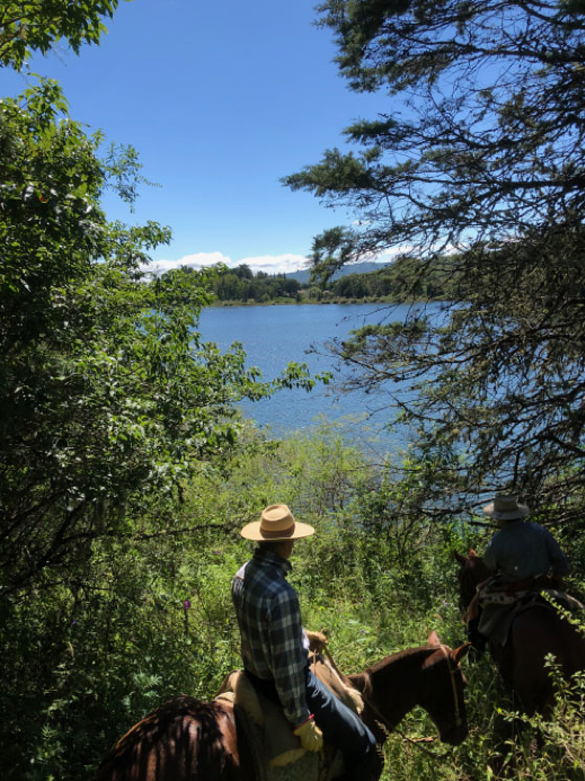 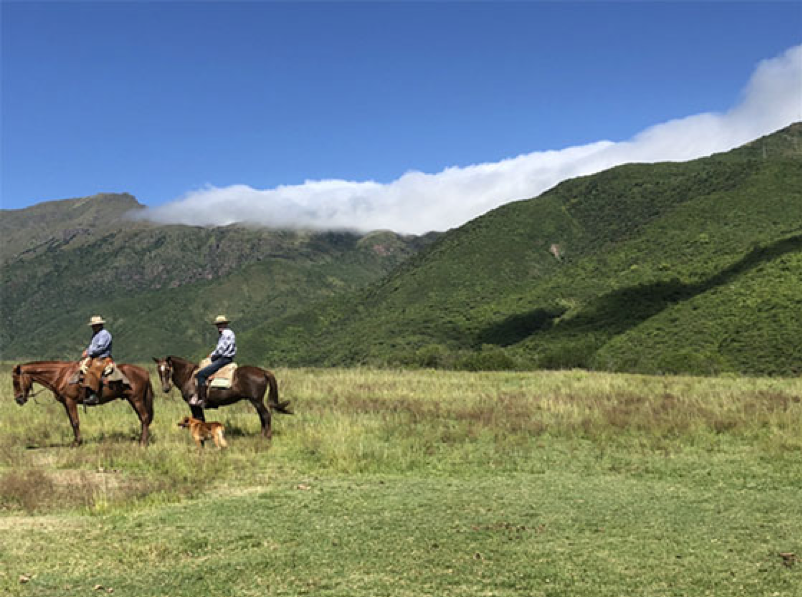 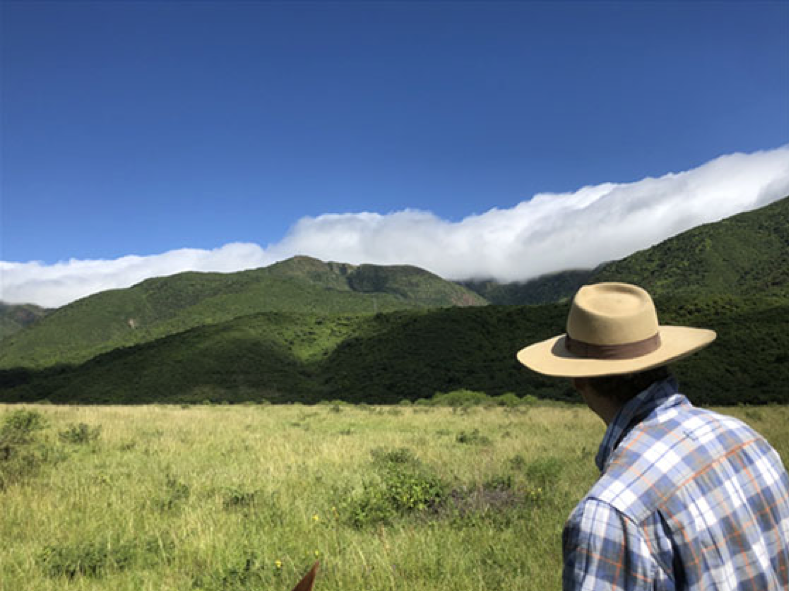 Over the mountains is the city of Salta 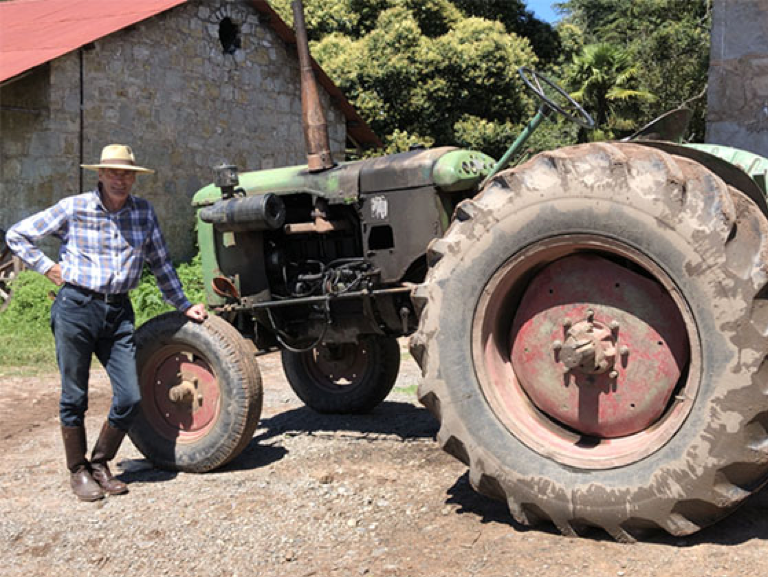 Perhaps Bill could use a new tractor at Gualfin…