The city that never sleeps is now asleep

The city that never sleeps is now asleep

BUXTON BREWERY CELLAR, DERBYSHIRE – Is this chart a fifth full, or a fifth empty?

Look there, on the bottom right – is this cause for optimism, or pessimism? 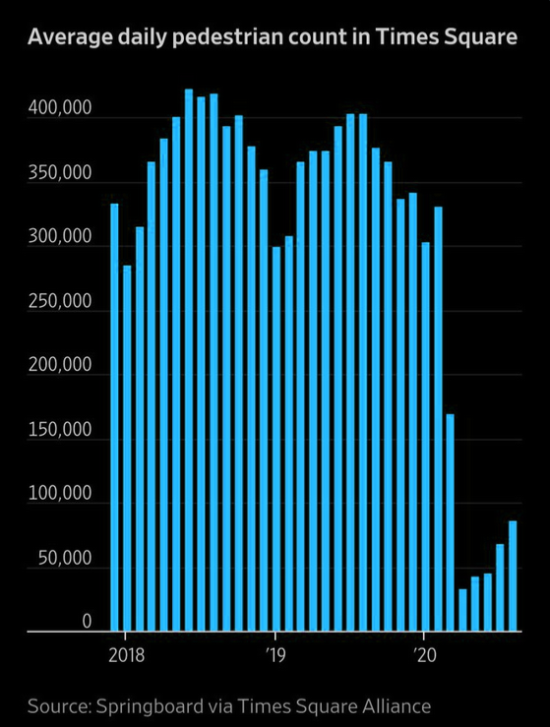 The city that never sleeps is looking drowsy. But is it waking up again, as that mini-trend since March would suggest… or about to hit the sack?

It’ll be a short note from me today. The boldest project that our business has ever embarked upon is nearing completion, and it’s all hands on deck.

I’m not exaggerating there on the magnitude of this – just you wait and see. By the end of this week I’m almost certain you’ll agree that this project, which has been worked on behind closed doors for months, marks a brave new chapter in our company’s history. Brave, as we’re almost certain that we’re going to receive a lot of negative attention because of it…

It’s a controversial new enterprise, you see – and we’re bracing for a bad reaction as well as a good one. It’s related to the disappearance of one Nickolai Hubble, our reclusive German anarchist – but the rabbit hole goes a lot deeper than that. That’s all I can say for now – all shall be revealed in due course.

But let’s return to that chart up top for a second. As you can see, the Big Apple has been bitten bad – tourism in New York City almost flatlined around March, though it has anaemically been climbing higher.

With lockdown restrictions rolled out once more (albeit they’re not so all-encompassing as in March), we’re left once again wondering if our old assumptions about the world need to change. In this case for example, are foreigners going to stop visiting New York City in their free time once all this is over?

Will everybody going cold turkey on flying as a result of lockdown change their behaviour, and make them less interested in visiting Times Square?

My gut response to all of these questions would be no, and that once lockdown restrictions are lifted, the city of New York will wake up as before, and never sleep again.

But the longer these restrictions remain in place and stifle our previous lifestyles, I wonder just how long it takes before our pre-existing desires and habits change. How hard, and how long, must the state bludgeon its citizens over the head before their very nature changes?

New York is a rather exotic example though. How about cinemas? I knew a couple of folks who were buying Cineworld ($CINE) after March, expecting a return to normal and a strong recovery for the stock. But here we are, and the broad closure of Cineworld screens has brought the share back to the brink once more: 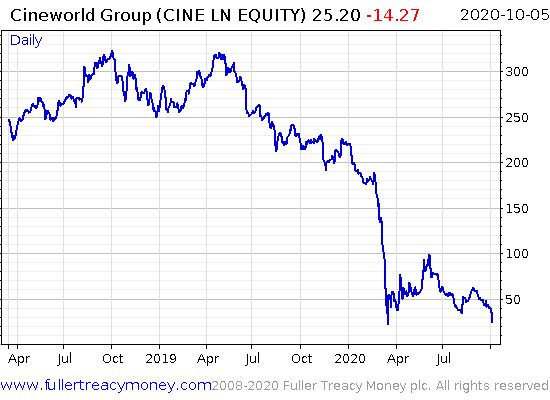 Does this mark “the beginning of the end” for cinemas in general? I had an interesting discussion about this with Sam Volkering recently, who’s more open to the idea than me.

Again, my gut response would be no. But I’m biased, as I love going to the flicks. As they say in baseball, the scoreboard doesn’t lie, and that share price is telling us something. Maybe I just don’t want to hear it.

I’ll leave you today with what Sam has to say on the matter in Exponential Investor...