Riddle of the Rothschilds

Riddle of the Rothschilds

“When the streets of Paris are running with blood, I buy”, claimed a Rothschild banker in the 19th century.

Buy assets cheaply during conflict, and sell them at a profit at conflict resolution; a cold-hearted strategy certainly, but a profitable one too.

I wonder if the Rothschild in question would stick to his strategy were he around now. For it seems blood in the streets just ain’t what it used to be.

Though protestors are getting their hands blown off and cars burn before the Eiffel Tower, the French stockmarket merely shrugs. In fact, it’s bounced where it was before the violence began in November: 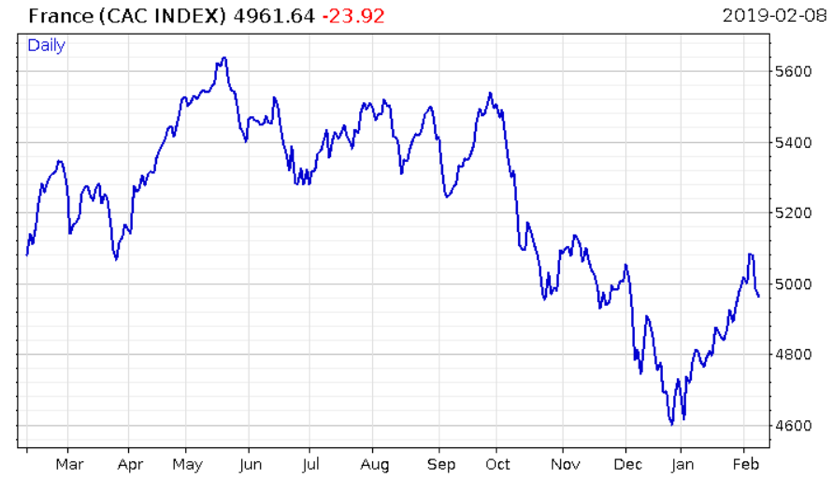 The yellow vest protestors aren’t going anywhere. They continue to appear in great numbers from Toulouse to Marseilles to Lyon to Rouen, not to mention in other countries… but the French stockmarket doesn’t seems to mind. Meanwhile, as we noted last week, bond investors continue to pay negative interest rates to the French government for ever longer loan durations. This is occurring even as yellow vest protestors demand debt jubilees by the Arc de Triomphe: 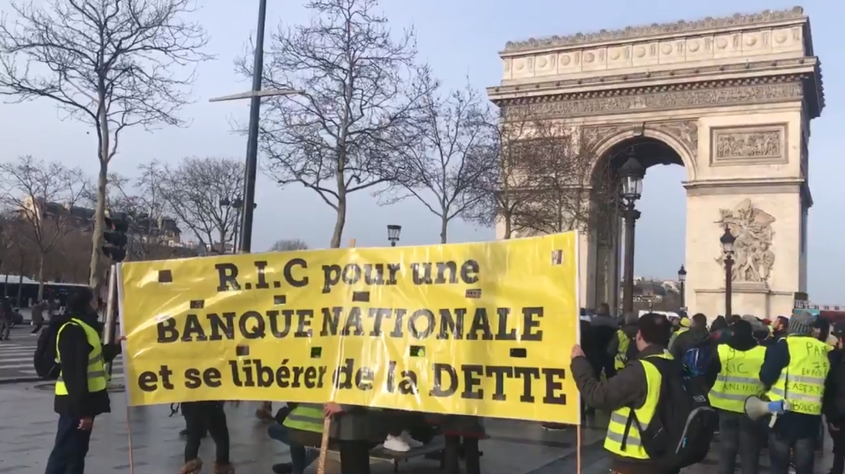 But of course, this “European Spring” is not limited to France. The “winds of change have crossed the Alps” declared Italian Deputy Prime Minister Luigi di Maio on Twitter, after travelling to France to meet and encourage the “leaders” of the protests. President Emmanuel Macron subsequently recalled the French ambassador from Rome (that should do the trick).

Back in Italy, the other deputy prime minister, Matteo Salvini, has taken a page out of Donald Trump’s book, and started attacked his own central bank, declaring that it should be “reduced to zero”. Mario Draghi’s warning last year that populism would threaten central bank independence has come true – and yet the European stockmarket is becalmed, with barely a spike in volatility: 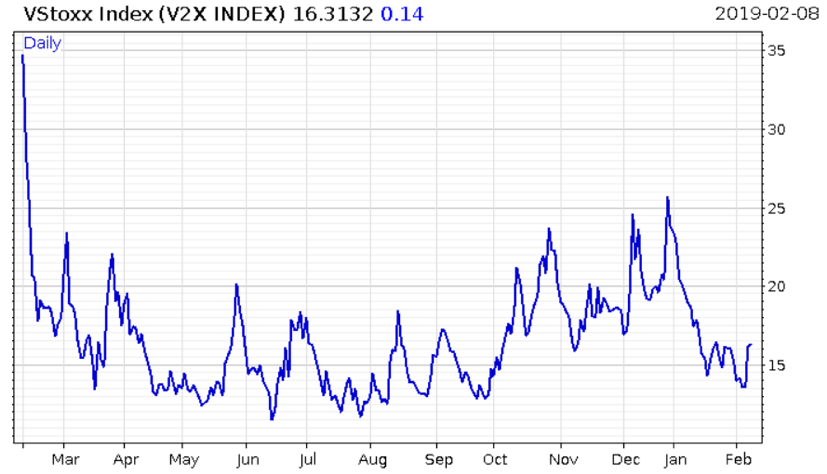 Just how much blood must run on the streets before financial markets take notice?

But how loud must those cannons be? What if the rest of the market seems not to hear them?