Riddle me this: why have investors started paying to lend to the French government… as the yellow vest protests intensify?

The yellow vest protests in France kicked off in full on 17 November. But since then, demand for French government five-year debt has been such that the interest they must pay on it has gone from tiny to less than zero: 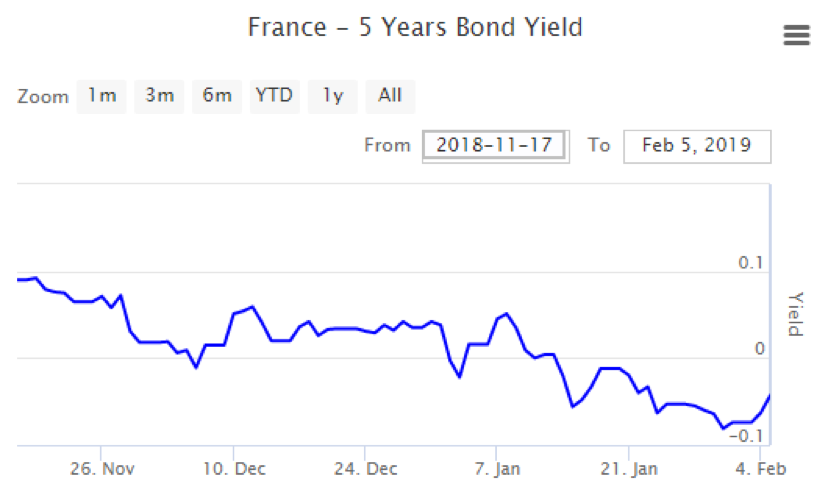 Forget the burning government buildings… the forklifts rammed into banks… the riot police carrying guns around – somebody wants to pay for the privilege of loaning money to the government presiding over the situation!

It’s worth noting all French government debt with a maturity shorter than five years has a negative yield already, courtesy of the European Central Bank’s quantitative easing programme. But the ECB stopped printing money to buy these bonds in December, so that doesn’t explain the negative yields emerging in January. Who is buying all these French five-year bonds?

I expect the answer is the banks, which are allowed under EU rules to stockpile eurozone government bonds as zero risk – a decision which, as we’ve discussed recently, will have majorly negative consequences.

But even without the protests of the Gilet Jaunes, French government debt is beginning to look mighty risky from here…

Charlie Morris penned an update to The Fleet Street Letter subscribers yesterday. Charlie is normally one of our more optimistic editors, but right now he’s sounding significantly less chipper. For in his words, “another debt crisis is brewing”.

I’ll share a snippet with you below, with my emphasis and a minor redaction:

Debt doesn’t seem to matter much when the sun is shining. But when the dark clouds come, it becomes the elephant in the room. That largely explains why debt doomsters are wrong for so long, as it doesn’t matter until it does. And then it really does. We are now seeing the banks holding Italian debt being punished. In the UK, that includes [redacted] that, fortunately, we don’t own.

The chart brings the sustainability of the Italian government’s ability to service debt into question. Its economy has failed to grow since 2007 in nominal terms. And since inflation has been around 17% in total over the period, the economy has shrunk significantly in real terms. This is becoming a serious problem, not just for Italy, but for the financial system as a whole.

The simple problem is that Italy has zombie banks, that won’t lend, because they are saddled with non-performing loans. Unless there is some huge bailout, funded by the Germans, it is becoming widely assumed that this debt is likely to default…

Italy’s problems are slowly seeping in to the mainstream, with ever more articles appearing in the financial press on The Italian Problem. Whoever was buying those French bonds, however, doesn’t seem to have got the memo: 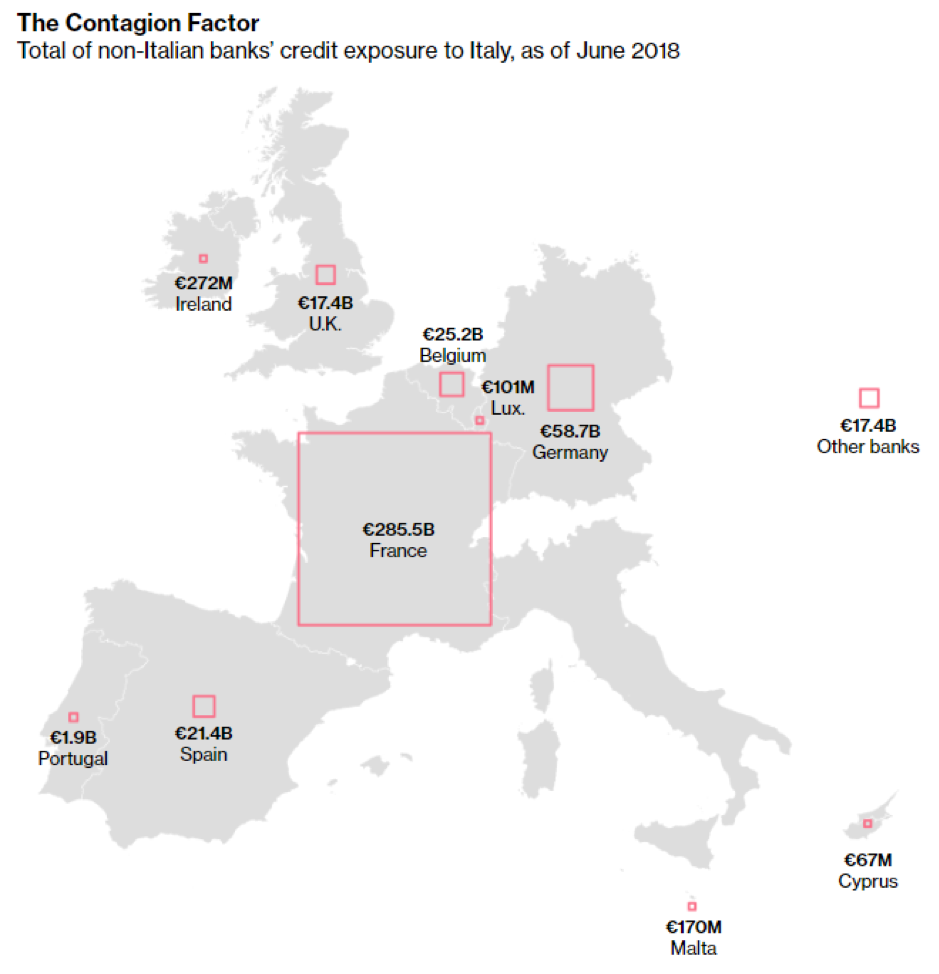 Debt is one of those things that doesn’t matter, until it matters. And when it matters, as Charlie put it in his update, “it’s every man for himself.”

What will be the eurozone’s “time of debt”? My colleague Nick Hubble has a pretty strong idea…