Get out of jail free employment absolutely minted

Get out of jail free employment absolutely minted

Why are CEOs bailing out of their companies like there’s a financial crisis on?

They must not have got Donald Trump’s memo that everything is fine in the US economy. Or read the latest issue of The Fleet Street Letter, in which Charlie Morris reckons that the powers that be are colluding to keep the economic machine running a little longer.

But whatever the reason, they’re opening the escape hatch – and they’ve packed themselves one hell of a golden parachute. 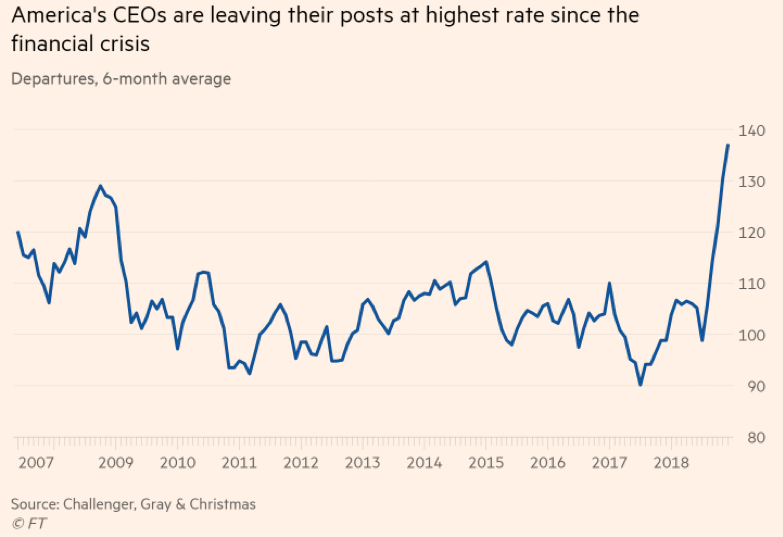 Executives are often compensated with shares in their own companies, or options to buy those shares at a lower than market price. The price of their own shares (relative to the company earnings) is also often used to calculate their bonuses.

And at the direction of those executives, US companies have been buying their own stock back in record amounts, even higher than before the financial crisis:

With debt easy to come by since the crisis thanks to low interest rates, some of these buybacks have been what are called “leveraged buybacks”. This is where the company involved has not used its existing borrowed money to increase its executive’s compensation purchase its own shares back from the market.

This process of destroying a company’s balance sheet “unlocking value for shareholders” was actually illegal in the US until 1982 as it was classed as a form of stock price manipulation.

But it’s certainly added gas to the bull run: 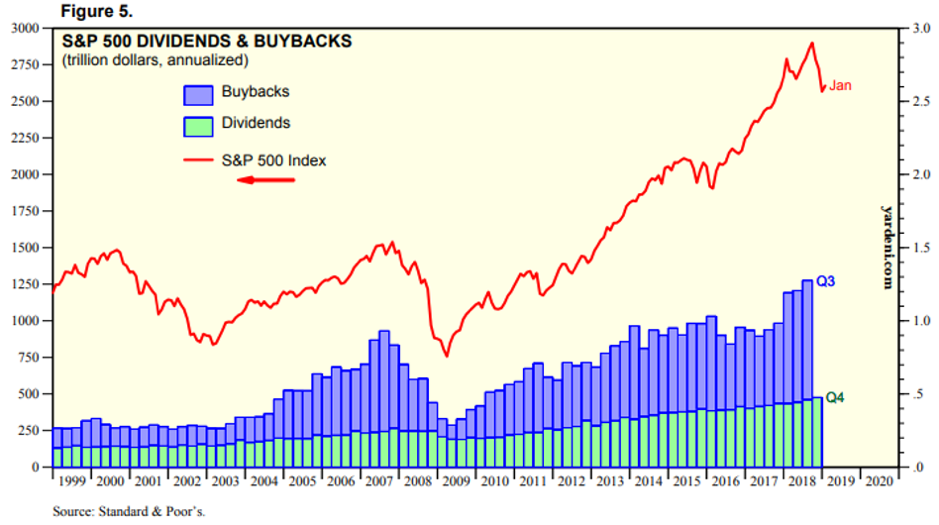 The CEOs leaving are certainly in for “cash landing”: their stock and stock options are now worth much more, especially now after ploughing billions of their company’s money into share buybacks. With many more share buybacks planned for 2019, the CEOs “cashing out” may well end up selling their shares back to the very companies they’re leaving!

Interestingly, while the CEOs are leaving in droves and selling their stock, other insiders at those companies are buying heavily.

This is the ratio of insider buying and selling on the US stockmarket: 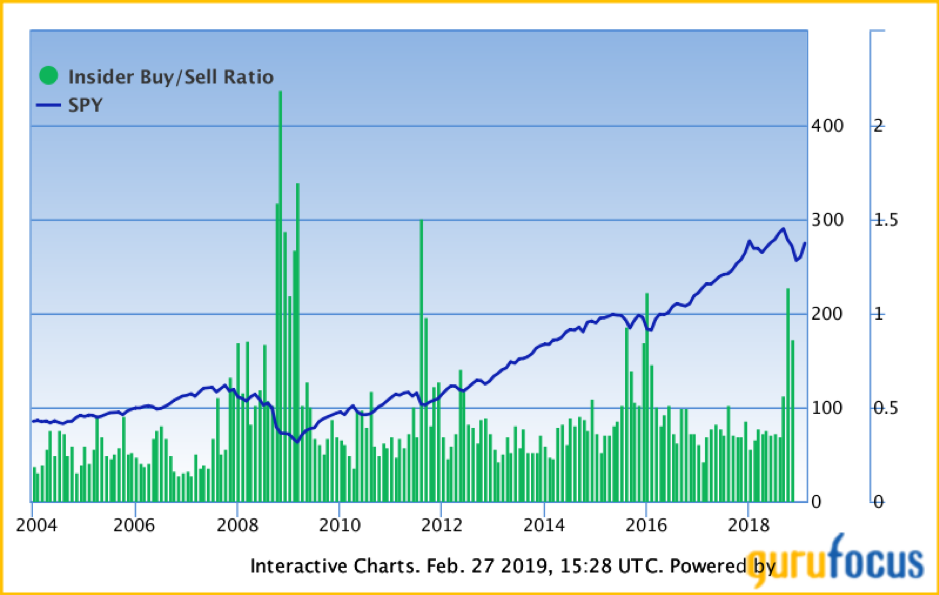 To clarify, an “insider” is an officer, director or other employee of a firm that is buying or selling their own company’s stock. If the green bar is above 1, then more stock is being bought by these folks than sold (the chart sadly only has data until the 3rd quarter 2018).

While there are numerous reasons an insider may want to sell their stock – weddings, children, buying a house, etc – they’ll only buy it if they believe its price will go up. And interestingly, all the times in the past when there has been more buying than selling (ratio above 1) it has marked a bottom in the market, with one exception: at the very beginning of the financial crisis where the market fell further for a few months.

Could the big spike of insider buying in late 2018 indicate we’ve another big move higher coming? Maybe – but a recent piece in Barron’s suggests the insiders have either changed their mind, or those CEOs are pulling the ripcord on those golden parachutes:

… insiders who historically have shown the most insight sold more of their companies’ stock in the first half of February, relative to their buying, than they have in a decade. In fact, about five of every six companies for which there have been recent insider transactions have experienced net selling.

I’ll need to speak to Akhil Patel about this – maybe there’s a cyclical element to buybacks and CEO retirement. But CEOs leaving in record numbers, after record share buybacks, amid massive insider selling… that makes me fancy a parachute, even if it ain’t golden.