Your plum pudding is in danger

Your plum pudding is in danger

“What joins men together is not the sharing of bread but sharing of enemies.”

More than a year ago when we had a hung parliament, I suggested in Capital & Conflict that those wanting power would need to give the British public an enemy.

Enemies, foreign or domestic, bind people together. And as they huddle in fear, they don’t mind or don’t notice the state expanding its power and spending money it doesn’t have.

During this period the UK Treasury issued eternity bonds – a form of debt that paid interest, but had no set repayment date. Some of these were only paid off centuries later when George Osborne was chancellor.

But investors and taxpayers were fine with the measures taken to fund the war with Napoleon. The “insatiable appetite” of the state that James Gillray referred to in his great political cartoon below was tolerated, for they had a mutual enemy. 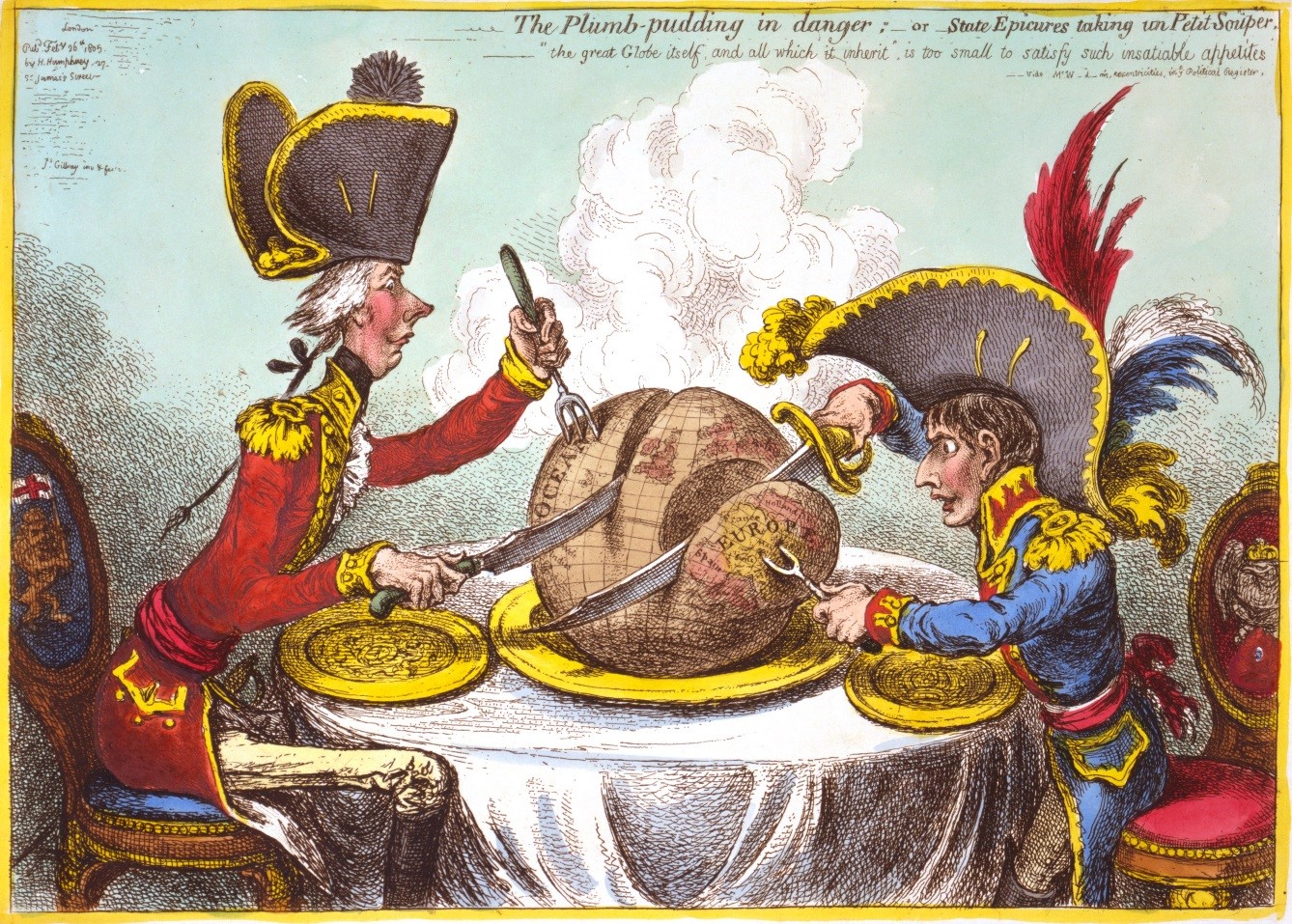 “The plumb-pudding in danger” by James Gillray. Prime Minister William Pitt on the left, Napoleon on the right. Printed beneath the title lies a quote from Shakespeare: “The great Globe itself and all which it inherit, is too small to satisfy such insatiable appetites.”

The quest for further control over the divided populace continues unabated. Unexplained wealth orders, and jail sentences for comments on the internet are just a symptom of this.

A similar story is playing out in Europe, where amid the chaos the powers that be continue to flex their authoritarian muscles. As my colleague Harry Hamburg wrote in Southbank Investment Daily yesterday:

The “Right to be forgotten” ruling was established by the European Court of Justice (ECJ) in 2014.

It forces search engines do de-list results that are “inadequate, irrelevant, no longer relevant, or excessive.”

Since the ruling there have been 655,000 requests, and Google has been asked to take down taken down 2.4 million links. It has approved 43.4% of those requests.

I wonder what those 34,000 links about politicians and government officials contained. I guess now we’ll never know.

Increasing control over a polarised population is a dangerous combination. Rising interest rates (in the UK) and skyrocketing levels of sovereign debt (in Europe) pours accelerant on the embers.