The blockheads of Babylon

The blockheads of Babylon

26 years ago, the European Council released a poster. It illustrated its ambitions for Europe with a bright catchphrase and colours.

But soon after its release, it abruptly withdrew it. It wasn’t popular with the public. And it revealed a flaw in the European project that plagues it to this day.

Here it is. What do you make of the blockheads? 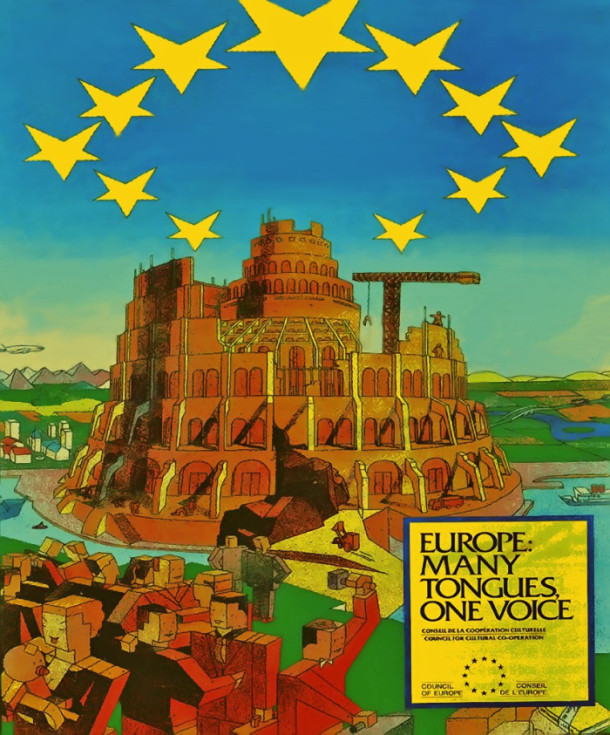 The tower in the background is clearly inspired by the art of Pieter Bruegel’s Tower of Babel, as you can see below. The artists even included the same flaw in its foundations – but we’ll return to that in a minute. 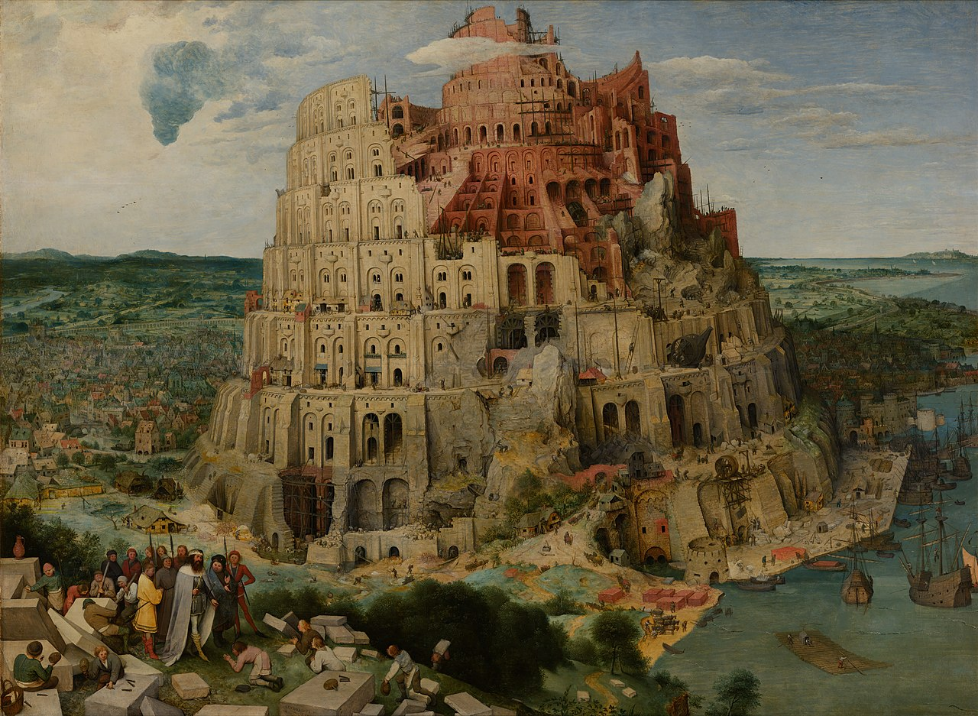 The Tower of Babel, Pieter Bruegel

Now, I am no biblical scholar. I know some of our readers are very learned in the old texts, so please forgive me if I am wrong. But I always thought that the Tower of Babel story was a cautionary tale.

As the story goes in the bible, there was a time when everybody spoke the same language. During this period, mankind tried to build a tower tall enough to enter heaven. Some early Jewish commentary even says a golden idol wielding a sword was placed on top, to wage war on God.

In the story, as punishment for their hubris, the builder’s single language was split into many. No longer able to understand one another, they abandoned the unfinished tower.

I thought the moral of the story was not to let hubris get the better of you. The ambition to build an escalator into heaven will be as successful as Icarus flying close to the sun.

But the artists behind the poster thought otherwise, it seems. In fact, with the “many tongues, one voice”, you could say that they aim to undo the consequences of the bible story.

This poster was for the European Council rather than the European Union, but the pair share much. In fact, the EU parliament building in Strasbourg seems to have a lot in common with Bruegel’s Tower of Babel too… 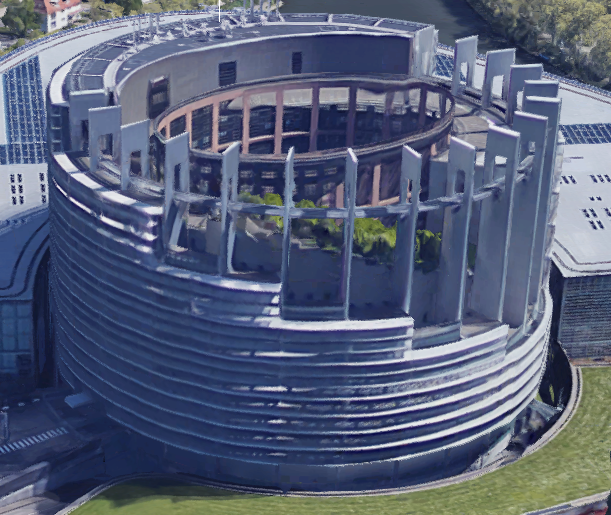 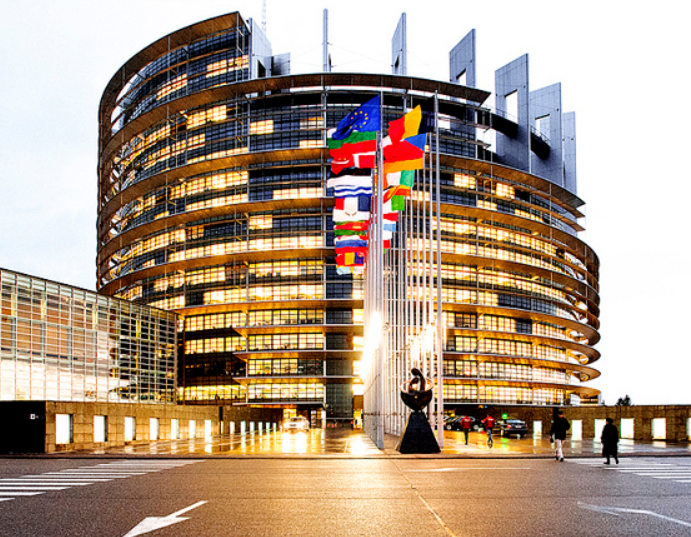 Just as you can’t build a tower into heaven, you can’t build an economy on “the impossible trinity”. This means having a fixed exchange rate, independent monetary policy and free capital flows all at the same time.

So far, the story in Italy is unfolding in line with Nick Hubble’s expectations, but I’ll let him tell you more about that. Today, I’d like to share something a little more alternative.

A couple of years ago, our publisher Nick O’Connor made a prediction that algorithmic artwork would take off – a claim he made in his book, The Exponentialist. Such artwork has indeed taken off since, and I was curious to see if there was anything that could be done with the original Bruegel painting and the poster.

A website called deepart.io repaints images in the style of a chosen artist with algorithms, so a blend of the poster and Bruegel’s style was simple to generate. But the results are grim:

Here’s what the EU parliament in Strasbourg looks like through the Bruegel lens: 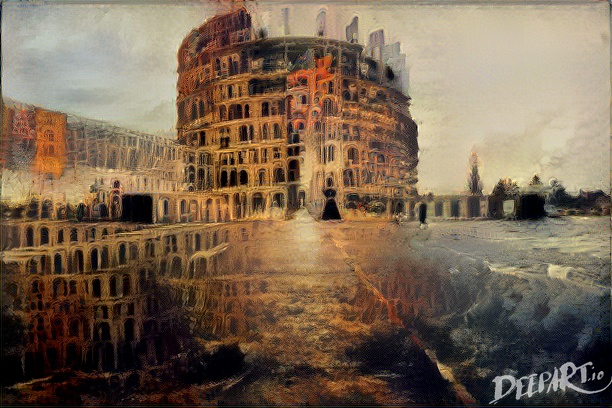 If you’re more of a “glass half full” person, here it is the other way around. This is Bruegel’s Tower of Babel painted in the style of the poster: 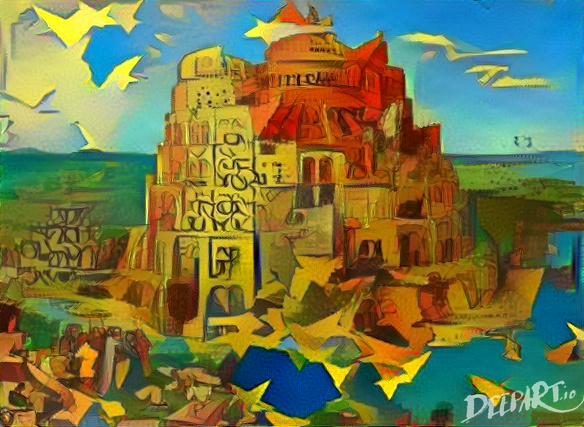 And here is the EU parliament building! 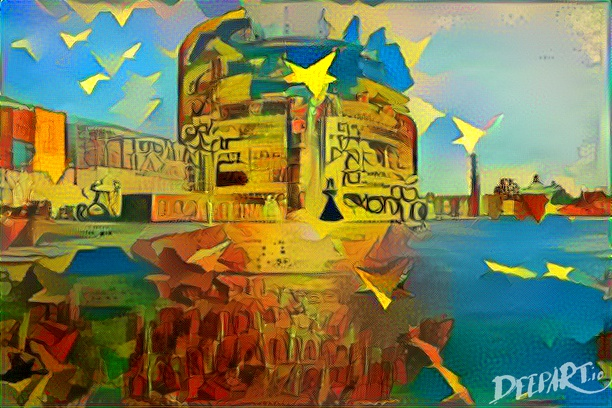 Quite a change in perspective.

Which style is a better fit for the EU parliament, I wonder…? boaz@southbankresearch.com.