THE KINGS ARMS, STAFFORDSHIRE – Got a new paperweight in the mail the other day. Makes for a decent coaster, too. 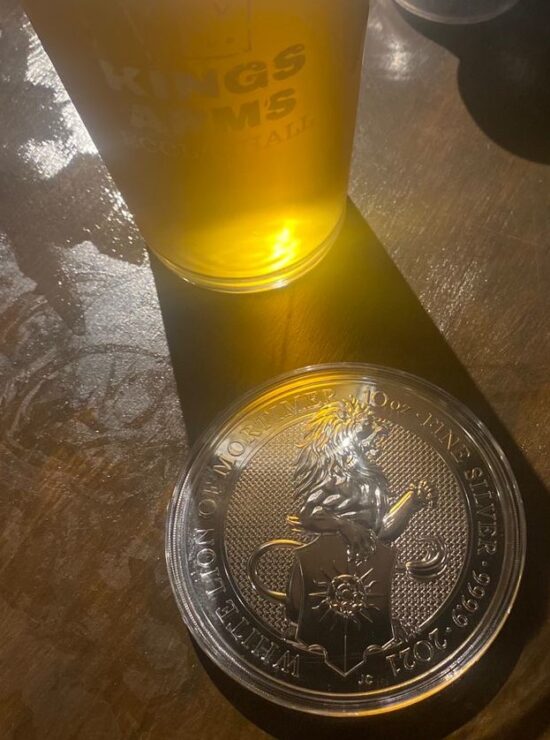 In theory, I could deposit this giant coin at a bank, and see a mighty +£10 be credited to my account. Or I could even try handing it over to the barman and buying a round of drinks with it.

This massive medallion is legal currency after all. It bears Her Majesty’s portrait on the reverse (in mega-size) and was made in the Royal Mint alongside those copper pennies and nickel-brass pounds you may remember from the pre-WuFlu days.

It’ll be a rough ride before we get there though. Silver’s reputation as one of the most volatile commodities in existence is well deserved, and you need only look at its price swings this year for an example: 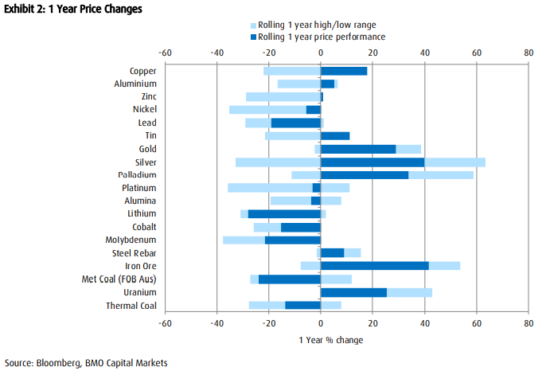 Even if I did want to use this… thing like a regular coin, the logistics would take some figuring out. You’d have a tough job stuffing this into a till. Or tossing it to settle a dispute. This is the kind of item that would probably look best in the hands of Indiana Jones, or plugged into the armour of a video game character.

They’re a funny phenomenon, bullion coins. They always cost more than bullion produced from private mints as they come with a government’s seal of approval. And yet most people who buy these coins are doing so to escape the consequences of government action – inflation.

Nobody is going to actually use one of these coins to buy anything – but the fact that you could adds value somehow. The fact that it is a coin and not just a “round” (any coin-shaped bullion issued by a non-government mint), makes it special.

The history and reputation of the mint itself is likely one of the largest reasons these coins are more expensive than the bullion bars and rounds made by private mints. The Royal Mint is the oldest company in the UK, and the 10th oldest in the world – you don’t last that long selling faulty products.

But mints must adapt to remain relevant. With physical cash facing ever more threat these days, the bullion business will become ever more important for these organisations in the business of “making money”.

An example of this can be found nine years ago, when the Perth Mint in Australia pulled a mighty publicity stunt fuelled by the rise in the gold price. With gold at all-time highs, gaining global attention, they decided to capture some of limelight by minting the biggest gold coin ever.

Weighing one metric tonne, and with a face value of a million Aussie dollars, you’d have a hard time doing anything with this “coin” except sit on it: 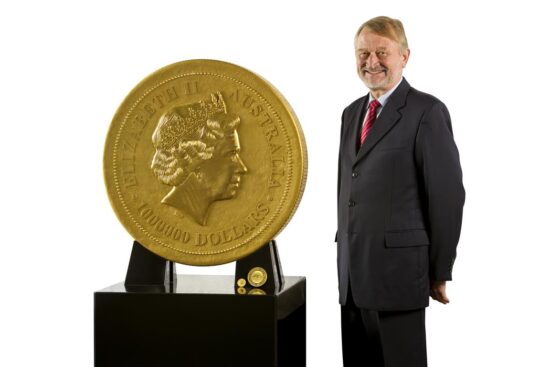 That thing’s worth £46.5 million today at current prices. Imagine trying to pay for something with it. (Maybe you could roll it like a wheel of cheese?)

But as absurd as that thing may be, if the gold price keeps on rising, we’ll see some mint (maybe even the Perth Mint again) try to one-up it with an even heavier coin. And when they do, you should be prepared to sell.

I think something similar occurred with the gold price and that massive coin. The decision to make it occurred right at the end of gold’s decade-long bull run. The gold price had steadily blossomed all through the noughties and had hit the afterburners after the financial crisis. When the decision to make that coin was made in 2010, it looked like gold could only go up.

But by the time construction of the coin was complete, some 18 months later, and the coin was unveiled to the public… the bull market had finally run out of gas.

I’ve indicated in green when the coin’s construction began, and red when it was unveiled: 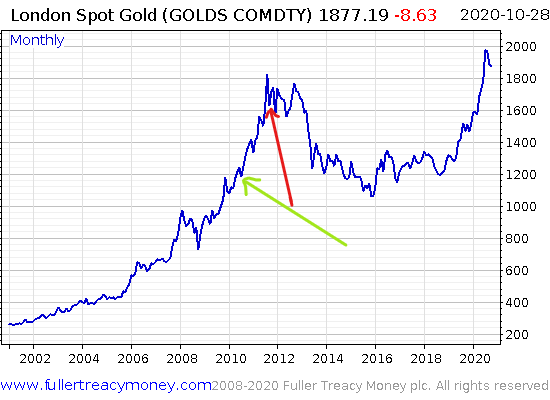 As you can see, gold and silver floundered for the next several years. If you had cash invested in precious metals mining companies, you were in for a very rough time indeed.

The unveiling of the coin was a signal that things had got too frothy. When an even larger coin is minted in the future – as I expect it will – you should take heed.

I think we’re a while off that yet though I think. Gold had been going up continually for a decade before the Perth Mint decided to push the boat out and make it into the record books, and the bull market we’re in now is still young.

For now I’m calling it the Heavy Coin Curse but that sounds really rather boring, so if you have a better name for it please let me know: [email protected].

PS On the subject of paying for things with precious metals, you may be interested in this note from just before Independence Day: A golden pound for four pints…